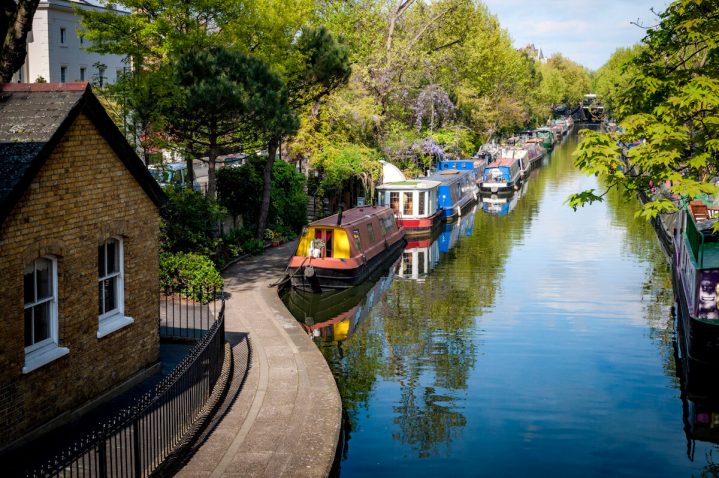 I’ve been a West London resident for 15 years.

First by accident and then later by design.

As my world has shrunk with each kid (six) and we’ve had to fit inside our small flat, I’ve narrowed the local delights down to the best things to do in West London, mostly for free.

From swimming to pizza, haircuts to sculpture, this is my roundup of W2’s best kid-friendly stuff to do – buggies, scooters and little legs all welcome.

West London’s Paddington is known for being a portal to holiday places more green and less expensive than London and as being the entry point of furry refugee Paddington Bear.

Paddington lies at the heart of West London’s W2 postcode, kind of central, but slightly off to the side, bordered by Hyde Park and Kensington Gardens, and a sliver of Notting Hill.

W2 is a funny kind of place that might seem as if it is still all crummy hotels, escorts-on-dial and tourist shops with faded damp postcards featuring a London skyline of ten years ago, but it is also a hub of museums, galleries and families, nurseries and neighbours, restaurants and canals.

A family-friendly guide to the best things to do in West London:

Behind Paddington Station lies interconnecting canals that split off in two directions.

In Merchant Square, a new development near St Mary’s Hospital, the canal is linked by bridges and a floating garden and in summer there is an open-air kid-friendly fountain with green places to sit and picnic, if your budget or patience doesn’t stretch to the restaurants lined along the canal.

If you follow the water north-east, you’ll find Little Venice and eventually Regent’s Park and ZSL London Zoo, and if you follow the canal to the northwest, you’ll end up at the top end of Portobello Road for authentic life-changing Portuguese custard tarts (pasteis de nata) from Lisboa Cafe. 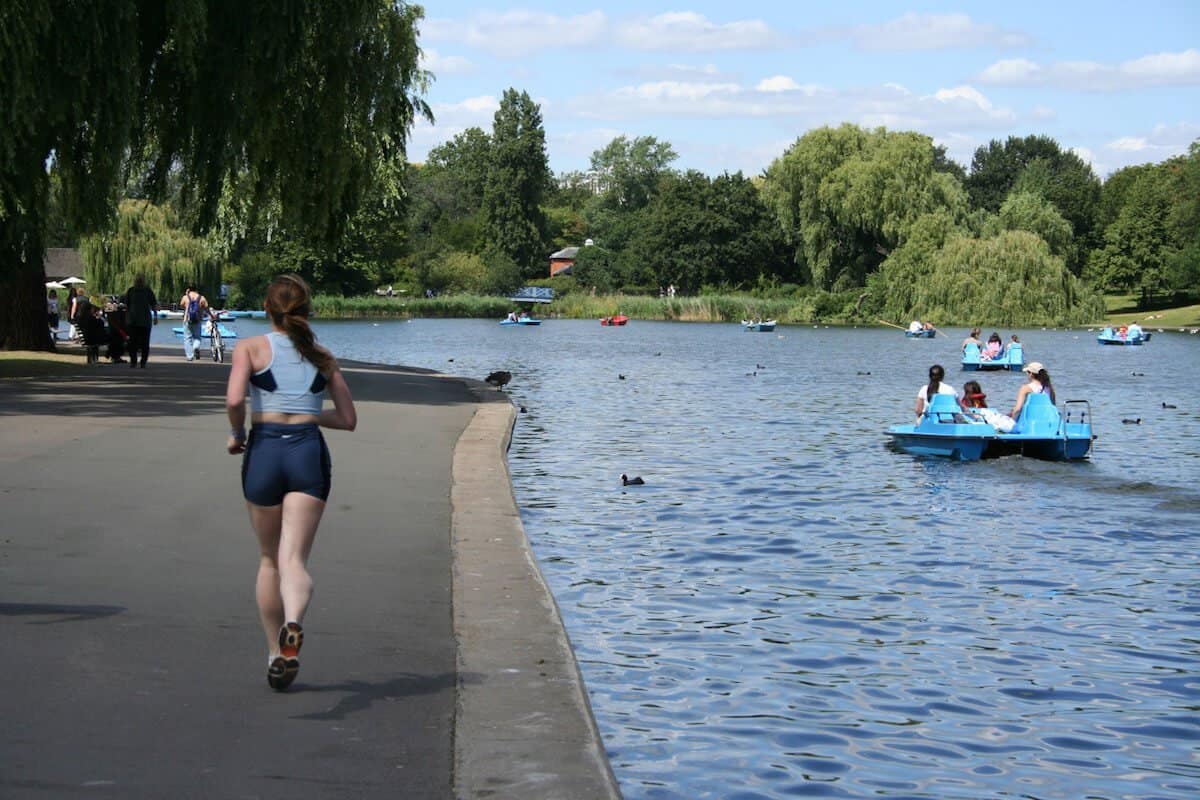 There’s also an appointment-only quirky little museum at St Mary’s Hospital called The Alexander Fleming Museum, where your kids can learn everything they will ever need to know about the birthplace of penicillin.

Close by are some London attractions the kids will love – South Kensington and Kensington Palace, Natural History Museum, Saatchi Gallery and Science Museum. 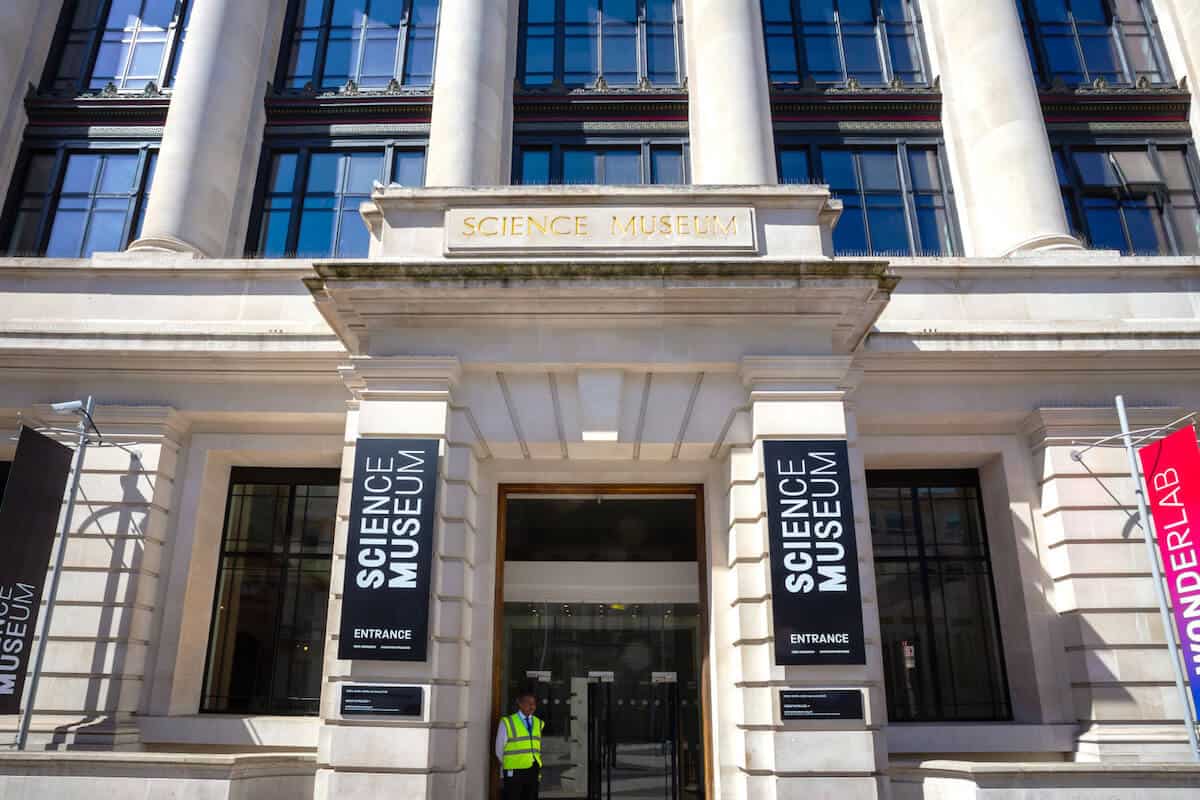 Oh yeah – it’s all STEM-centric in this part of the world. 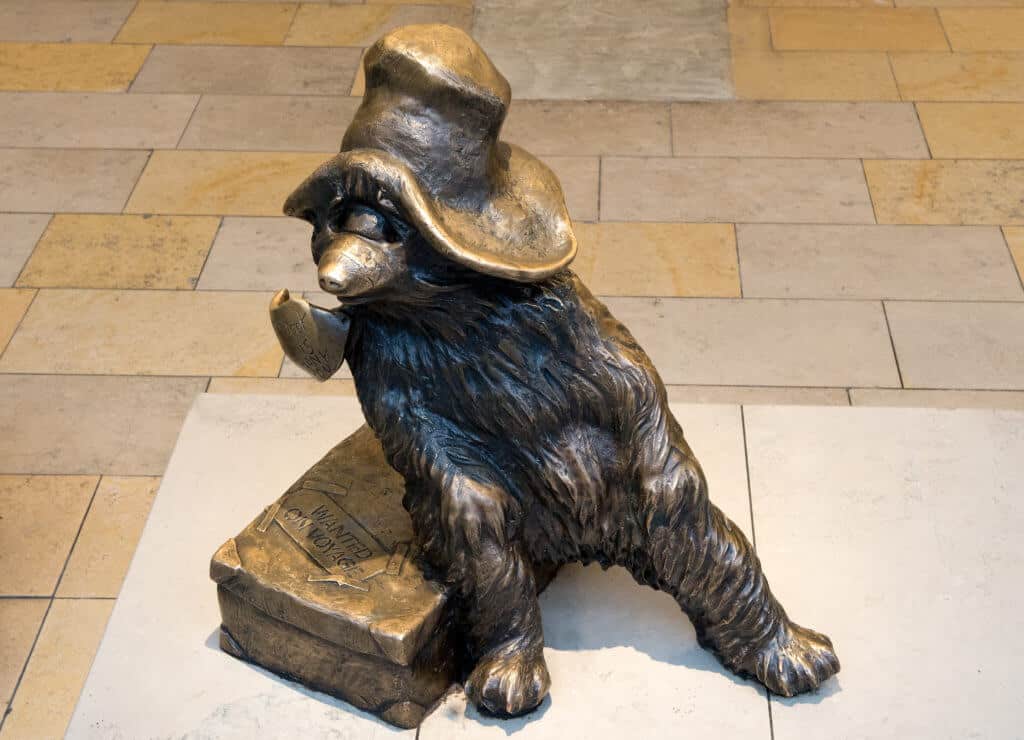 Over in Kensington Gardens along the Serpentine walkway is a famous 1912 Peter Pan statue, climbable and currently with an interactive smartphone callback function from Peter Pan himself.

Further into the park and across the Serpentine is a 1980 Henry Moore sculpture The Arch, while the Serpentine Gallery is a few minutes walk towards the southern end of the park, which shows contemporary exhibitions at no cost.

The postcard selection at the shop inside is an excellent gallery-bribery-strategy, should you need it.

In summer time there is an annual temporary Pavillion built outside the gallery.

Each year an international architects’ design is chosen and the structure built, housing a cafe which isn’t ever the most kid-friendly place, but you can stay there long enough to swig a coffee as long as you do a bit of tiresome ‘Don’t touch those walls/move away from the wonky seats/climb down NOW’ sort of thing.

It’s all in the name of culture, innit.

Hyde Park and Kensington Gardens are divided by the Serpentine, but both parks are united in masses of wild areas to run free, trees to climb, mini beasts to scavenge for, places to eat, dogs to walk, squirrels to feed, conkers to collect and parakeets to sit on your head.

My children (aged 12, 11, 9, 7 and 4) all still love the Diana Memorial Playground, which is a large, enclosed playground built in such a way as to allow the children freedom to roam into the various constructed areas while still being safely contained. 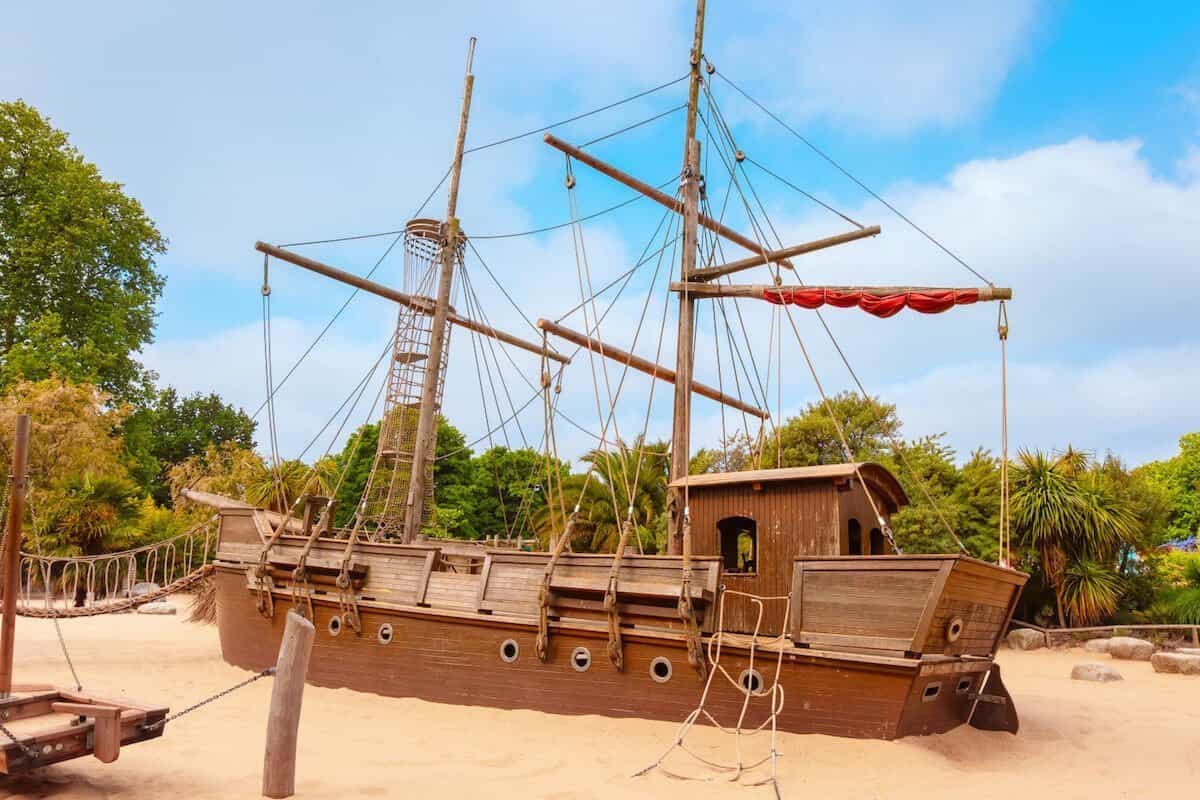 It has sandpits and swings, a huge wooden pirate ship, wooden sheep and teepees and swinging bridges and musical instruments and tunnels, ladders and airborne sailboats.

We go there with the papers and a coffee for me, and I don’t see them for hours.

We bring a packed lunch sourced from the nearby supermarkets on Queensway, but there is a perfectly reasonably-priced cafe there serving pizza and ice cream and soups and muffins.

On the other side of the park lies the Diana Memorial Fountain, gorgeous (though busy) in summer for a kind of fast-flowing foot-paddling pool for kids and adults, and a few minutes from this is the Serpentine Lido. 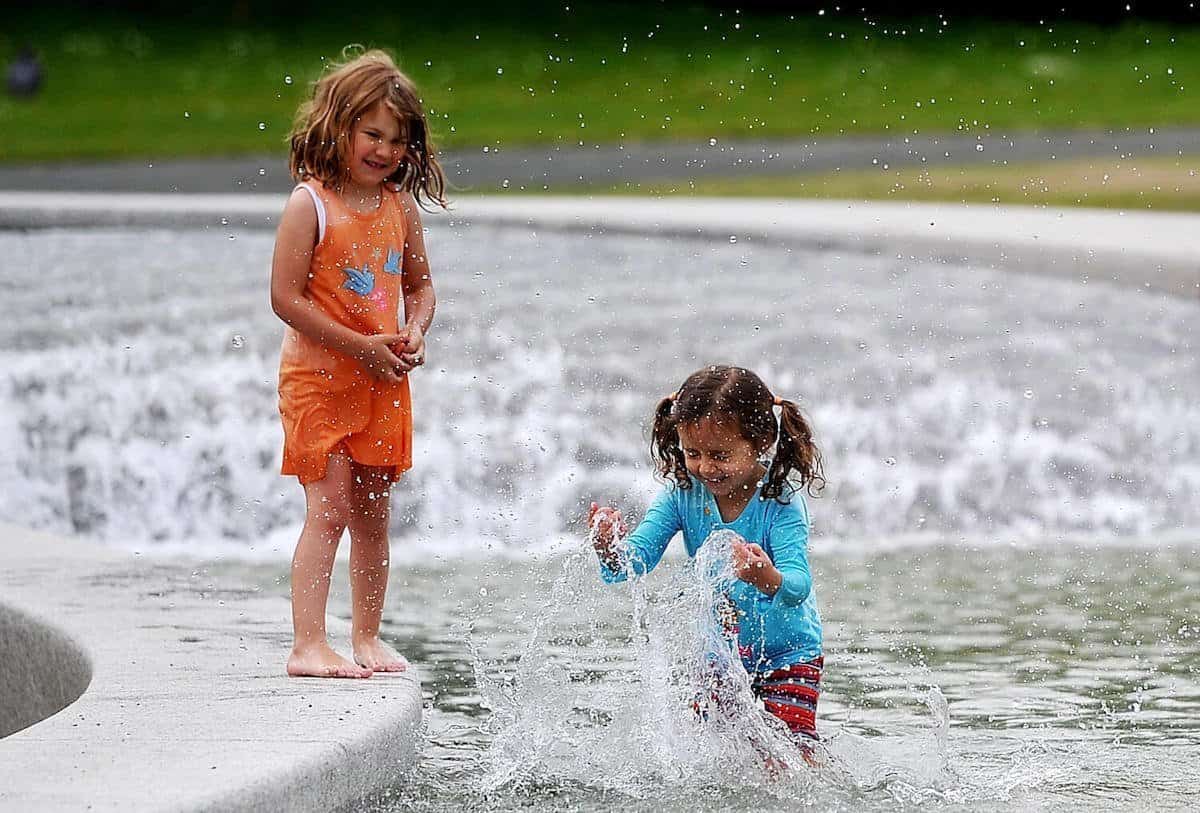 Upstairs, for a small fee, you get access to a quiet, manicured lawn, covered sandpit and playground with a big, clean paddling pool and steps to the swimming part of the Serpentine.

It is green and cold and brilliant for older kids on a scorching day – and the cafe there sells a bit of booze for the parents who are content to sit in the sun.

After a swim, there’s no better place to regain the calories lost than by chocolate and churros at the Churreria Espanola in Queensway. 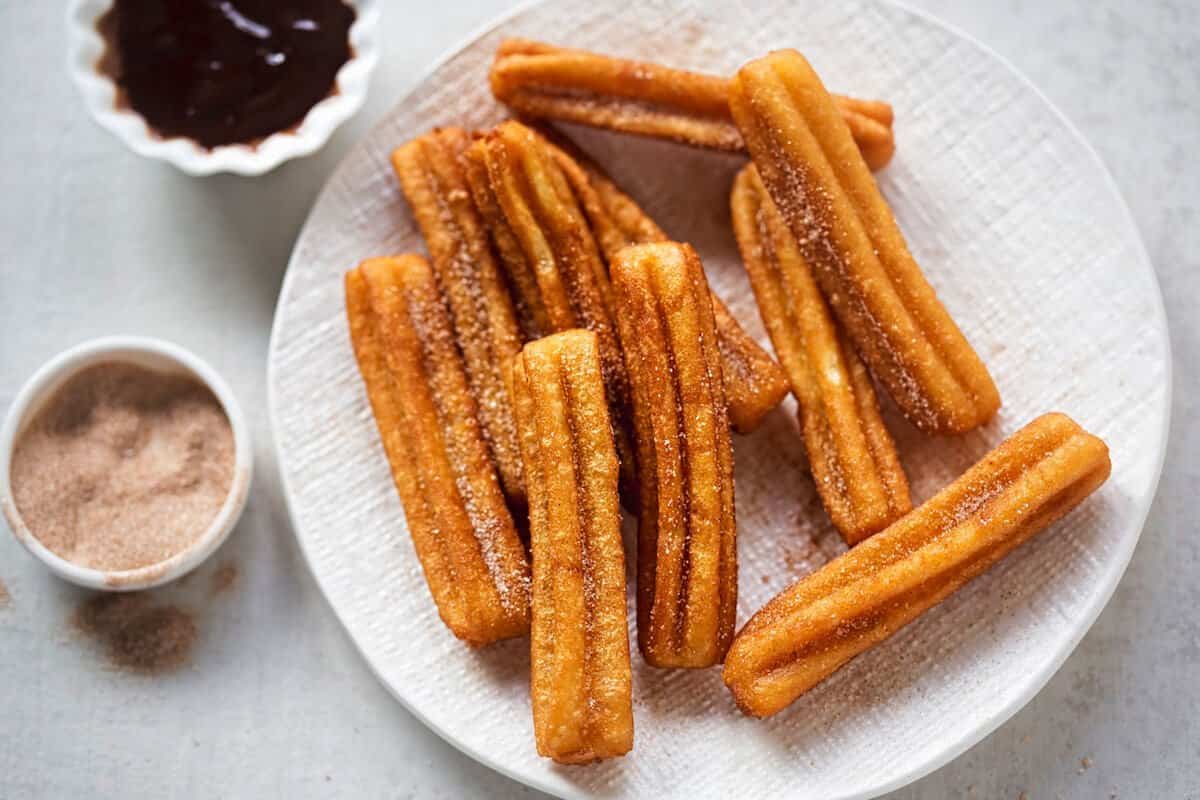 These are the real deal – freshly fried thick tubes of pastry coated in sugar and cinnamon, to be dipped in small cups of near-solid warmed Spanish chocolate. It is messy, but unforgettable.

My kids then often find themselves slipping off to next-door’s Costa’s Barber Shop for a quick nine quid short back’n’sides – George Costa has been cutting their hair forever in a very effective Kray Twins kind of way, and never fails to reward them with a few sweets after.

On Queensway for lunch is Royal China, a restaurant well-known for excellent dim sum.

There is always a little bit of a wait but service is fast and hectic and they don’t seem to mind too much about spilt rice and children using chopsticks as weapons.

Along Westbourne Grove there is a slew of cheapish restaurants and cafes that accommodate kids. Our favourites include Carluccio’s and Franco Manca for crispy, reasonably priced pizza.

What are you waiting for? Get exploring in West London! 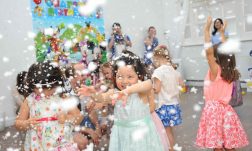 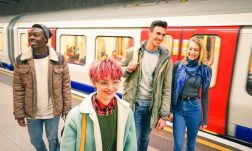 Teenagers in London – 60 Things To Do

Teenagers can be notoriously hard to please so we’ve put together a guide to the best things to do with a teenager in London. 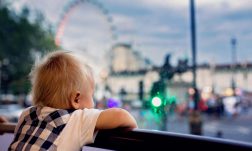