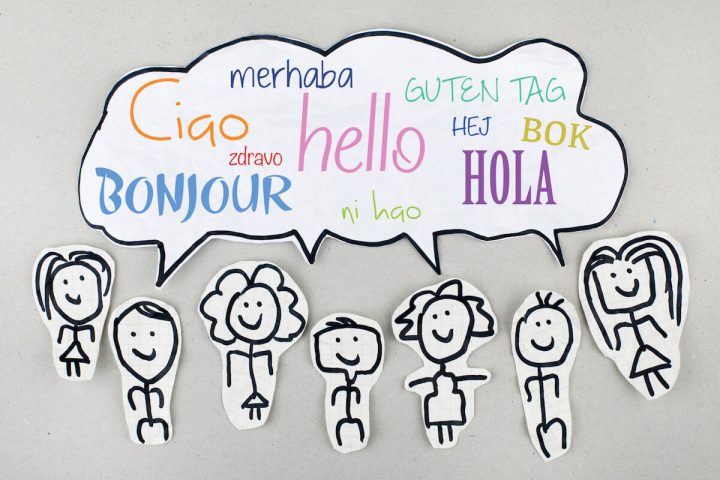 5 Easy, Fun Ways To Teach Your Kids A Second Language

What are your memories of learning a second language when you were young? Good or bad? Happy or sad?

Fast forward many years and I have finally picked up a bit of Greek again but I can’t help feeling that if that earlier experience had been a bit more positive, I might have pursued it and could have been speaking fluently today.

So whether you want to teach French to children, teach Spanish to children or any other language for that matter, how do you do it in a way that works for them?

Getting the foundations of teaching children a language is really crucial. In the UK, it’s compulsory for all kids to learn a language from Key Stage 2, and the early years are particularly important.

A second language opens a child’s mind, broadens their horizons and enriches their emotional life.

Research has shown that the time between a child’s birth and their sixth or seventh birthday is a ‘golden period’ when they are most receptive to new languages.

This is because they have an in-built ability to distinguish the sounds they hear and make sense of them.

But more than that, it’s also a wonderful thing to celebrate other cultures, and a second language is a great way to really start to get the feel of another culture.

So, what are some of the practical ways that you can help kick start a child’s love of languages, and help turn them into little linguists?

How many songs can you sing along to? Quite a few I’m sure.

And it’s the same no matter what language they are in: just listen to them enough times and the words will worm their way into your memory.

A great way to start is to take a song that the kids already know and listen to it in another language.

Let it Go from Disney’s Frozen is one of those songs I’m sure you probably know all of the words already, but did you know that there are versions in almost every language under the sun?

If you want to teach French to kids, try watching the song in French.

Want to teach kids Spanish? Try Let it Go in Spanish.  Or maybe you want your little one to speak some Finnish!

And once you’ve got them started, try some special guests from Sesame street around the world. Teach German to kids via Sesame Street. Or maybe give Sesame Street in Arabic a try.

Books are a great way to introduce kids to a second language and you’ve got quite a few different options, depending on your child’s preferences.

Stories that mix both English and the second language:

These kinds of books are great because they mimic the way a child learns in real life – where languages get mixed up together.

One great example is The Fabulous Lost and Found book series which aims to help kids laugh as they learn. It has a really unique approach for kids aged 3+.

One character speaks in the new language, and the rest all speak English. The hero is a little mouse who has lost something precious but only speaks French (or Spanish or Polish or Welsh depending on the version!).

She goes into the Lost and Found office and charming Mr and Mrs Frog have to figure out what she has lost. As the story unfolds, the kids work together with the Frogs and before long, they’ve learned 50 words in another language.

The book is available in 30 different languages on Amazon.

Books that have the text in both languages side by side

Bilingual texts are common and they work best for families where at least one parent is a native speaker, or at least very confident in the new language.

There are loads of different ones to choose from, ranging from classic fairy tales to new stories.

The challenge with these kinds of books is that the new language text can be quite hard to understand if the child doesn’t know the language at all.

But still, it can make a nice routine if, for example, one parent reads the story in English, and someone else – a grandparent perhaps – always reads it in the new language.

As the children get older, they will become more curious about how to say things in the other language. Keepsake Stories have a good range of books and languages available.

Illustrated dictionaries make nice gifts and work well for very young children. The reason I’m not particularly fond of them is the same reason I don’t read the dictionary as an adult – it’s a bit boring!

Primeras 100 Palabras does a good job of jazzing the dictionary up with nice colours and bright pages and is available in many different languages.

I don’t know about you but I always have that little feeling of guilt whenever the kids watch TV.

Sometimes, there’s some good educational films and TV shows, like Numberblocks, but other times, it’s nice to give the kids a chance to watch something that’s purely for entertainment.

And if you want to avoid that feeling of guilt, that’s where the language setting button comes in.

Whether it’s Amazon Prime, Netflix, BBC iPlayer or any other on-demand platform, you can switch both the language of the audio and the subtitles (if you kids are old enough to read).

One effective way of doing it is to introduce a new show, but only have it available in the new language.

If your kids are very young, then you can do with a ‘sure fire’ hit like Paw Patrol or PJ Masks, and the kids will just accept it as being in the language.

If the kids are a bit older, then it’s worth trying something a little slower to start like Sarah and Duck or Charlie and Lola.

On a separate note, it’s also worth remembering that the BBC has lots of programs where the content is available in British Sign Language. If your child does not have a hearing impairment, turning this feature on is a great way to introduce your child to the sign language.

Ah, good old fashioned games.  Lots of games that we know and love can work to help teach a foreign language to kids.  These are especially good for vocabulary.

‘I Spy’ works well, especially when you use repetition. You tell the children that you are going to play ‘I Spy’ but in French, Polish, Urdu etc.

This works really well if your kids already have a little bit of vocab. Every time they guess, if they don’t know the word they want to choose, they can learn it!

Try smelly combinations. Perhaps it’s just my household, but this is always a hit!  You imagine that you are in a restaurant and you want to order the most disgusting food to eat.  One person plays the waiter and the other the customer.

You teach the kids how to say the basic phrases: ‘I would like’ or ‘Do you have?’  and then they get to choose the most horrible things they can think of; nappies and cabbage, for example.

You tell them the words for that and then they get to ‘order’ it. And maybe even pretend to taste it.

Have a themed day

The last one is probably my favourite. At this point, I should confess that I love languages. Even if I can’t speak them fully, I love learning little words or phrases in all sorts of languages as a way to get closer to the culture.

So one thing that’s really fun to do is have a day where you really celebrate another country’s culture.

If you or someone in your family is from another country, then this could be a national day, or even timed to coincide with the moment that the particular relative comes to visit.

Or, you could just have one day a month where you celebrate another language and culture.

You can work out the food in advance with the children and help them pick a dish that they really love.

Why not get some inspiration from National Geographic?

And then, you can do as much or as little as you want. You might want to try some crafts like painting the flag of that country or drawing some of its famous landmarks.  Or even trying on or making some of the national dress.

You can dance to local music, watch cartoons in the language – basically do as much as you can, just for a day.

Language plays a role too. You can prepare for the day in advance, by learning a few basic greetings and phrases and then, when the big day arrives, you can all pretend to be in that country and try only speaking in that language.

In practice of course, you might only be saying things like hello, how are you, or ‘good morning’ or good night’ but you can build on it as you go.

The main thing is to take it easy and have fun. And if you are lucky enough to be able to travel, this works really well if you are able to visit another country in person.

All in all, the main thing is to have fun and enjoy yourselves. If kids have a positive experience and view language acquisition as something fun and helpful, then they are more likely to stick with it.

Have a go and keep things light and enjoyable.

If you have any ideas on teaching kids a second language, please share them in the comments below.

Mark Pallis is the author of the fun and heartwarming ‘The Fabulous Lost and Found‘ book series which introduces kids /9aged three+) to 50 words in a new language without them realising. Now available in over 30 languages!

He has been a lawyer, an anti-corruption investigator, TV producer and ad agency creative director. He now also coaches a small number of clients to identify and pursue their passion projects. 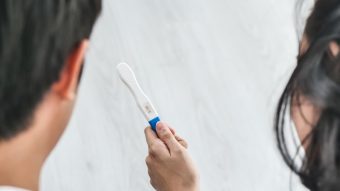 What It’s Like To Have Your Sixth ‘Geriatric Pregnancy’

A 41-year-old mother of six on what it’s like to have a ‘geriatric’ pregnancy. 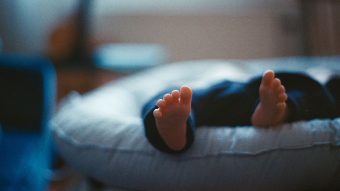 10 Ways You Can Help The Parents Of A Premature Baby

The arrival of a premature baby is an amazing and truly life-changing event. Here are 10 ways to help the parents when baby has made an early appearance. 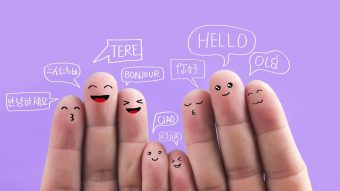 10 Ways To Have A Happy, Cohesive Bilingual Family