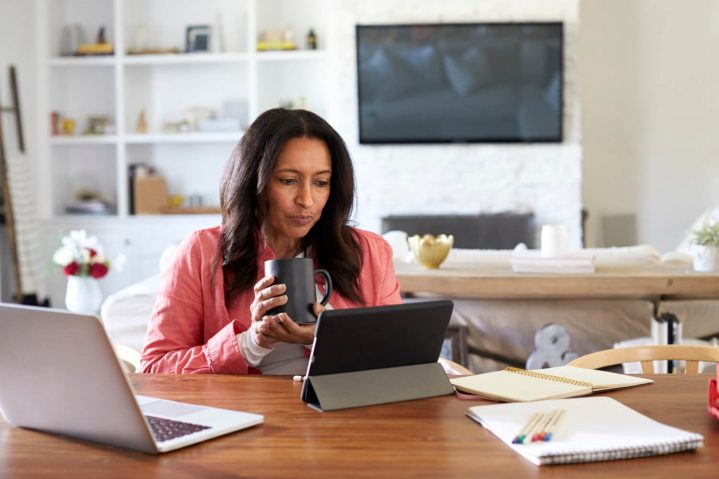 Guess what? Remote working just could be the secret to a happier, longer and less stressful life.

We’re absolutely delighted to hear that Owl Labs’ 2019 State of Remote Work report basically confirmed what we knew already: remote workers are a lot happier than their office-based counterparts.

Don’t you just love it when studies prove something you’ve always known?

We already thought that having the flexibility to work at home in your pyjamas was the route to happiness and now we’ve got that great data to back it up.

Speaking of data, here’s everything you need to know about the survey.

The survey spoke to a variety of people from different backgrounds

The survey was able to speak to a whopping 1,202 full-time workers who are aged between 22-65 in America. A large percentage of people who responded, work partially remotely.

Out of those folks who responded, 62% stated that they work from home part-time. A mere 38% of the respondents work fulltime in an on-site office.

A mere 7% of the telecommuters surveyed made less than $25,000, compared to a larger 10% of those who work in companies on-site.

A huge 83% of all respondents stated that the ability to work from home would make them happier.

While 81% of respondents said the opportunity to work from home would make them feel more equipped to deal with work/life conflicts. Remote workers are 22% happier with their jobs than on-site workers.

According to this survey remote working could be the key to a happy and richer life and there’s a number of earlier studies that back up these results.

In 2007 the American Psychological Association released a 20-year study on remote working.

Stating that remote working  a “win-win for employees and employers, resulting in higher morale and job satisfaction and lower employee stress and turnover.”

In 2010, Brigham Young University concluded their survey stating that workers with “a flexible schedule and the option to telecommute can work 19 hours more per week before experiencing conflict between work and personal life.”

With companies seeing higher rates of productivity and job satisfaction.

In 2018 a Penn State study observed the sleeping habits of children aged 5-9. Their major discovery was that children got less sleep when their Mother’s had a less flexible working schedule.

They also found that when Mum’s were remote workers their children slept more.

But it’s not all good news

Of course, it’s not all amazing news. Some studies found that remote workers put in more unpaid hours than those who punch a clock at an on-site location.

So if you’re thinking of making the jump to remote working, here are a few of our top tips for remote workers to create boundaries between your work and home life.

If you want even more ideas, check out our full piece on how to own working from home.

Set yourself a schedule and rigidly stick to it

If you’re a solopreneur it can be hard to learn when to call it a day and even if you work for a company you can often let your deadlines creep when you’re in the comfort of your own home.

Treat every day like a normal workday, be at your desk by your start time, take regular breaks and leave your desk when it’s time to finish.

Burn out looks good on anyone and is especially damaging for working Mums.

If you have an office in your home already then use that, if you’ve got a spare room or a garage going spare then make that your own if you’ve not got a designated space to work then create one.

You need to have a dedicated workspace that you can tidy up and forget about when it’s time to leave your “office” and spend time with your family.

Leave your bed, get washed, get dressed and get ready to face the day

This sounds obvious, but if you are able to, you really need to get up out of bed.

Getting up and dressing for success is a great way to set your intention and create boundaries for your remote working adventure. 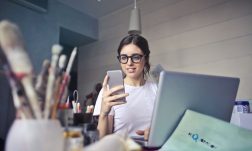 Is It Time To Stop Calling Flexible Working Part-Time?

By Ellie Barker It was only when a very good friend of mine said it out loud it occurred to me: ‘What exactly is ‘part’ about part-time?’ My friend, like me, is a part-time worker, she works four days a week as a lawyer. But, as she declared one night in the pub: ‘I don’t […] 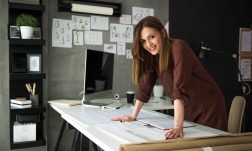 Be Your Own Boss + Start Your Own Lifestyle Business: Part 2

Part 2: How to know if your idea is profitable Welcome to Part 2 in our series on how to start your own profitable online lifestyle business. If you haven’t read Part 1 – go here and read that first. In this article, we’re going to discuss how you can find out if your business […] 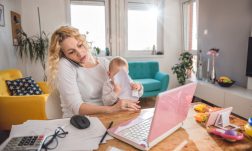 10 Ways To Juggle Being A Work From Home Mum

10 ways to take the pressure off when you’re a work from home mum.