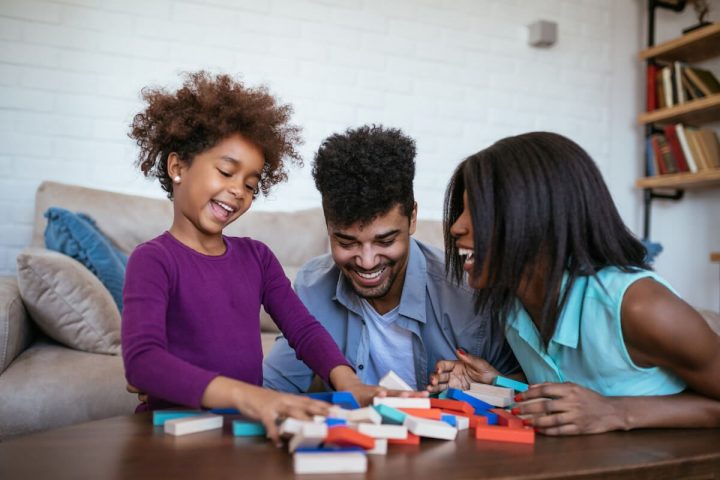 The Games From Your Childhood To Play With Your Family

Games can forge some of the very best connections, whether it’s Go Fish with kids or Cards Against Humanity with adults, some of the best times can be found playing a simple game.

Some of the most fun we’ve had as parents has been though playing our favourite childhood games.

Here are some of the most memorable games from our childhood.

They have now made their way to our family gatherings and holidays are so much more fun!

This is one classic that has stood the test of time. Monopoly began in 1903 as The Landlord’s Game by Lizzie Magie to promote the economic theories of Henry George.

The Parker Brothers turned it into Monopoly in 1935, and it became the board-flipping, family-bankrupting game we know today.

If you haven’t cried when you’ve landed on Boardwalk in the US or had to pay up coz your brother has bought all the purple properties; did you even have a childhood?

Having lost no appeal from our childhood, Hide and Go Seek is still a go-to game when looking for a break from screens.

With our family members scattered in their very best concealed locations, Hide and Go Seek can be full of jump scares with older kids or situational blindness with the younger set.

There is something so sweet about seeing little toes sticking out from under drapes/curtains, making Hide and Go Seek a game we can’t outgrow.

This classic has gained a new life as a patio game with extra-large pieces. Jenga’s simple design somehow still manages to get our palms sweaty with anticipation of the tower falling.

Part steady hands, part straight luck, Jenga always brings giggles and groans. Even the littlest fingers can take their turn at sliding the blocks out without knocking down the tower.

The best part of Jenga? Watching the blocks topple never gets old.

Cops and Robbers is next-level tag, and our kids are always up for a go.

Forging two teams, the “cops” try to tag the “robbers” to arrest them and place them in jail.

Jailbreaks prove to be the very best part, as robbers sneak their way to the jail to free their teammates.

Whether you’re on the sneaky robber side or the bossy cops side, there’s something for everyone in this classic.

The sweaty palms of Jenga are nothing in comparison to the intensity of Operation.

Only the surest of hands can manage to get the tweezers into Sam to relieve him of his Adam’s apple and funny bone without a buzz.

We’re still riding high from that time we got his breadbasket out without a hitch.

This two-player game brought back all sorts of memories when we took a whack at the ball recently.

Consisting of a pole with a volleyball attached via rope, Tetherball is a simple game.

Each player attempts to hit the ball so that the rope wraps all the way around the pole and then stops.

We may have gotten some internal angst out when demoing the game for the kids.

Tetherball seems to have faded from playgrounds but is basic enough to set up in even small backyards.

Remember this classic? While we’re much more likely to pull a muscle than our kids, this game is still a blast.

A quick spin of the wheel and we slowly become pretzels, with our right hand in one corner, and the left foot on another.

The addition of our super-flexible little ones and the game gets even harder but totally hilarious.

What we’ve lost in pliancy, we’ve recovered in height, and our long arms and legs definitely keep us competitive. Twister is a great reminder to get to yoga class!

While this game definitely requires some prep time, it more than makes up for it in fun.

A prize is wrapped over and over again in different papers to be passed around and unwrapped for a party game that is full of delicious anticipation.

To be the favourite game-maker of all, adding a sweet in-between the papers is always a welcome consolation prize.

This game is sure to become a holiday tradition.

Murder in the Dark

Admittedly, this game may have been the origin of our love of true crime documentaries.

Murder in the Dark is best played with a crowd and probably suits older children and teenagers better.

A detective and a murderer are secretly appointed, we usually drew roles out of a hat.

Then the detective leaves the room, the lights go off, and the killer whispers to a player “you’re dead”.

The murdered player screams and plays dead, causing the detective to rush back into the room to solve the crime.

Each player must tell the truth, except for the murderer, who must lie. Despite the morbid theme of Murder in the Dark, we had a blast solving crimes and testing our acting skills.

We may have saved the best for last, as this one was one of our very favourites.

Best played outdoors, two teams each have a flag that they keep at their base. They then try to protect their flag, while stealing the other team’s and safely making it back to their base.

One of the most fun parts of Capture the Flag is the rules can change easily, and the game can get an extra dose of excitement from playing with flashlights in the dark.

What are your favourite old-school childhood games that you like to play with your family? 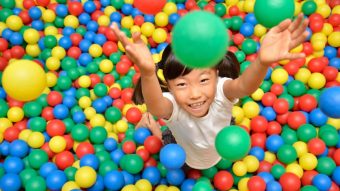 Looking For An Indoor Playground? 35 of London’s Best

Our tried and tested guide to the best soft play and indoor play centres in London. 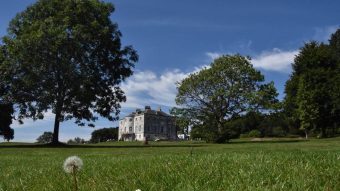 9 Exciting Things To Do At Beckenham Place Park

Get to know one of London’s hidden gems, Beckenham Place Park. 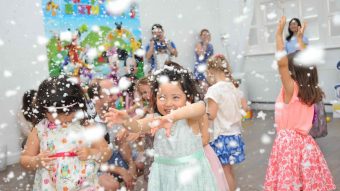