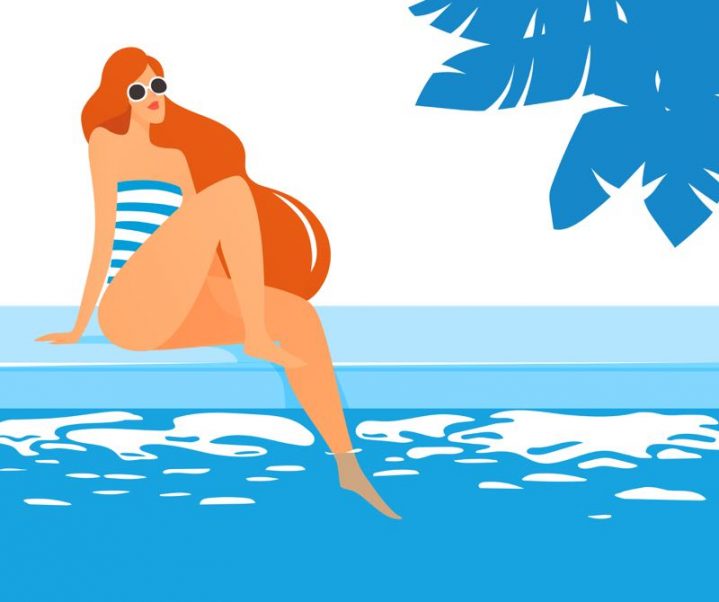 The Best Spa Towns In The Uk

To celebrate National Spa Week, we’ve put together a guide to the best spa towns in the UK.

We’ve got a guide to the best spas in London but sometimes you really want to get away (day trip anyone?) and all of these venues are easily accessible from London meaning you can use the commute (ideally by train – driving will probably make you feel even more stressed) to really unwind.

Royal Leamington Spa, in the centre of Warwickshire, was one of the 19th-century’s go-to spa towns thanks to its natural spa springs.

A charming town, it has some lovely reminders of its spa legacy, such as the Grade II-listed Royal Pump Rooms, once home to its spa baths.

These are now home to the Leamington Spa Art Gallery & Museum, as well the Assembly Rooms. 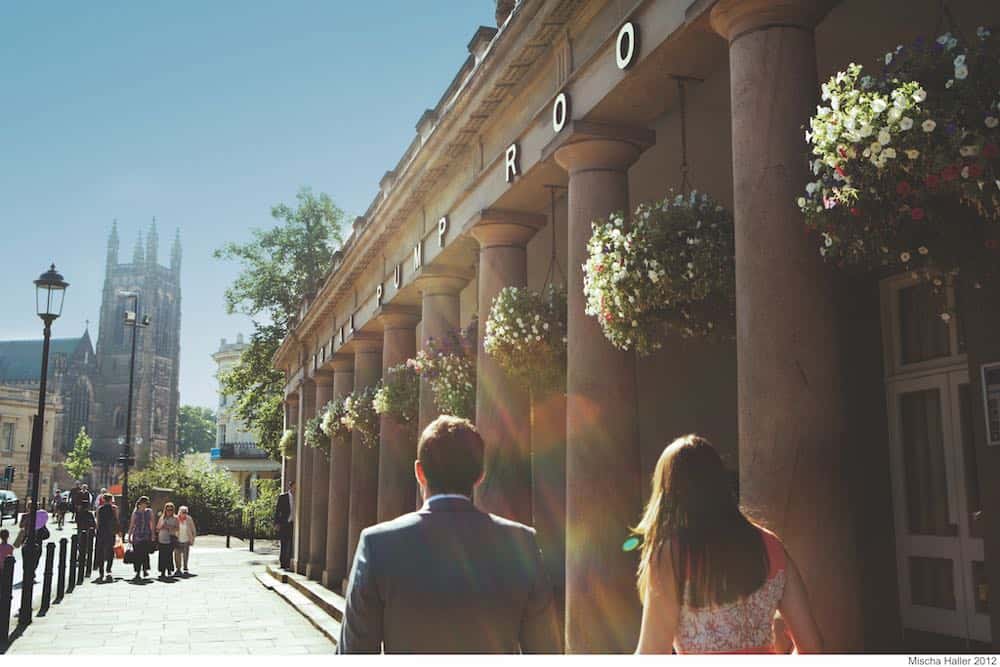 The Pump Rooms are found opposite the historic landscaped Jephson Gardens, a formal Victorian Park.

Home to The Glasshouse, which houses a range of tropical and temperate plants including banana, pink powder puff and bird of paradise.

Set in ten acres of grounds ten minutes’ drive from the town centre, its spa treatments are inspired by nature including Tibetan body treatment, the Ku Nye massage, and a range of special experiences including an adreno restore treatment. 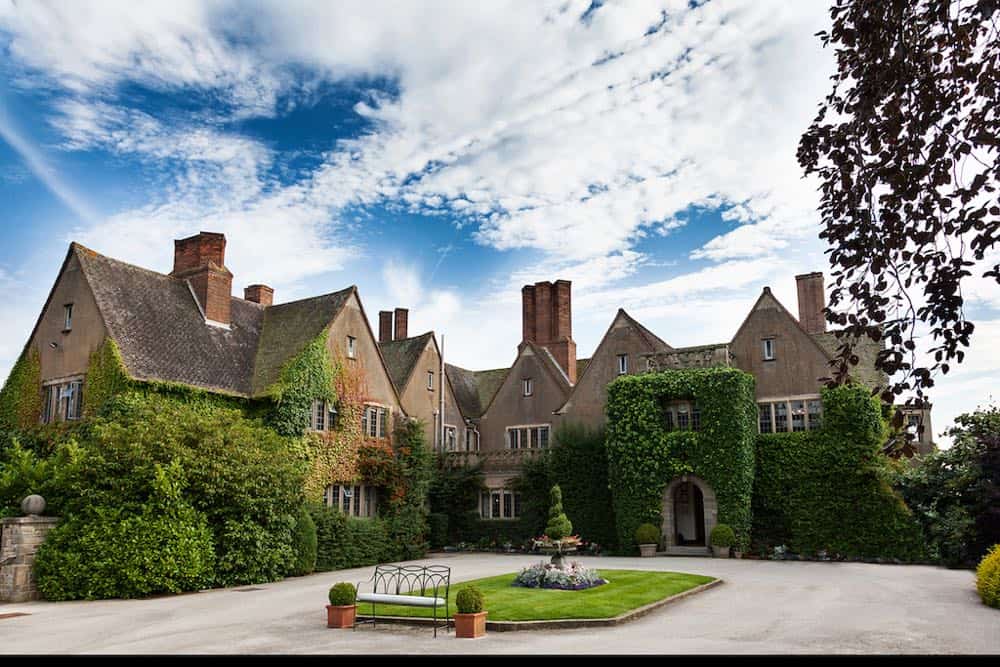 Royal Leamington Spa is 1 hour 20 minutes from London by train.

Its natural, ancient hot springs were used as healing waters as far back as the Roman era and the city still has those Roman Baths to this day. 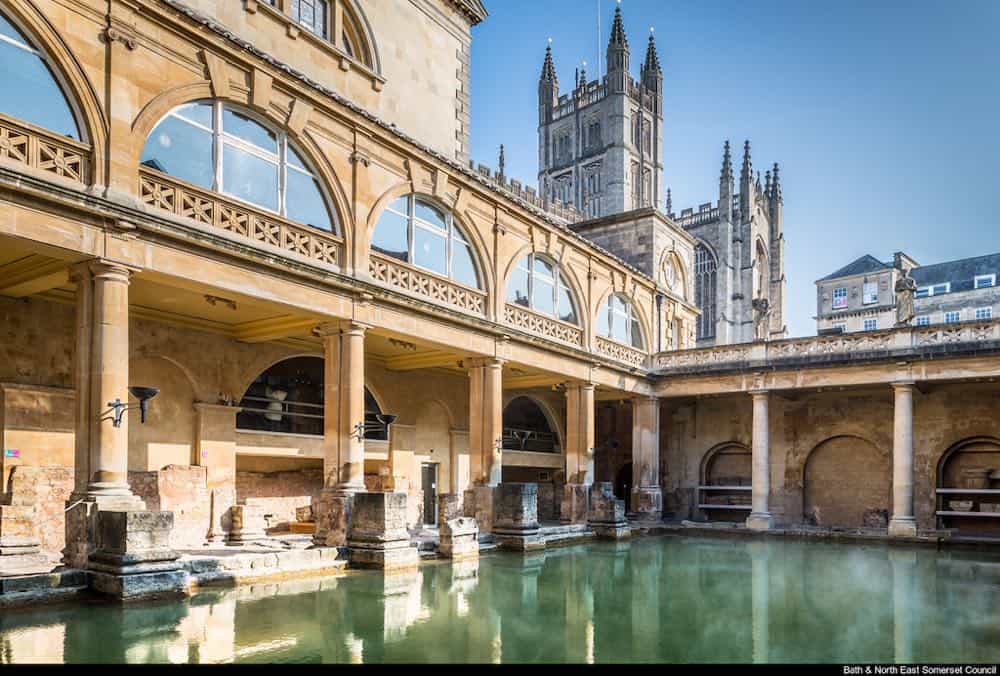 Any trip to Bath should include a walk through its four main features that sit below modern street level – the Roman Temple, the Sacred Spring, the Roman Bath House and findings from Roman Bath.

Bath was hugely popular in the 18th-century when high society started ‘taking the waters’ there to cure ailments – the magnificent, honey-coloured stone Georgian architecture is also prominent throughout the city.

Try a day at the Thermae Bath Spa where you can bathe in Britain’s only natural thermal waters and experience a range of contemporary spa treatments.

Relax in its Minerva Bath, swim in the rooftop pool with its glorious views over the city and enjoy some pampering in the Wellness Suite. 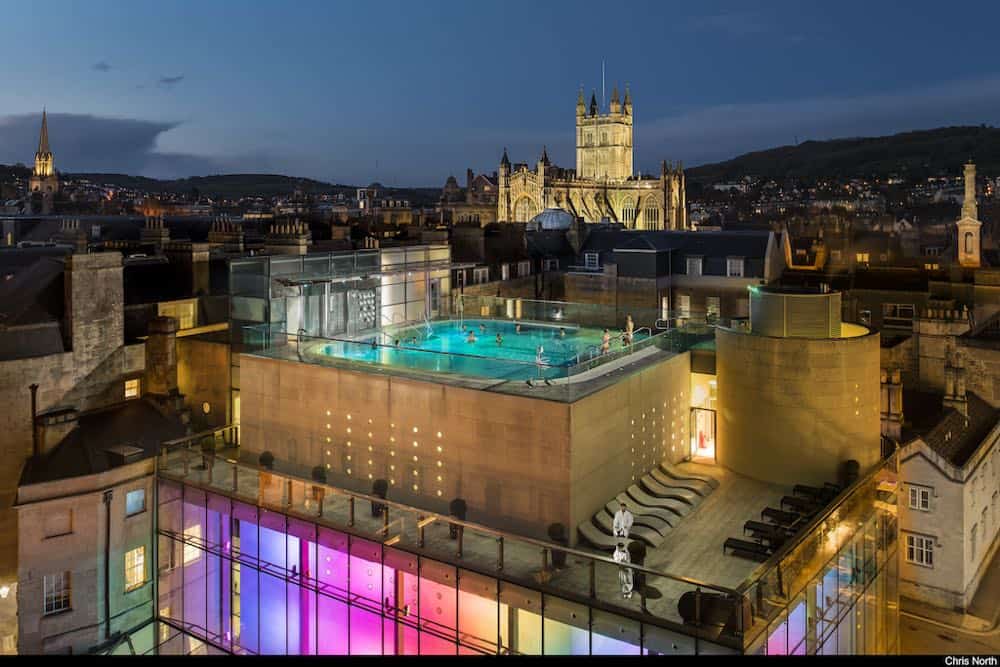 Alternatively, a stay at the luxury Gainsborough Hotel & Spa – which is housed in magnificent Grade II-listed buildings – means access to its Spa Village Bath, which taps into the original Roman Bath springs and blends it with classic spa treatments and private aquatic body therapies.

Bath is 90 minutes by train from London.

Another town to have gained recognition for its medicinal waters in the 18th century, Cheltenham was visited by royalty and literary legends and is now a popular spa destination to visit when heading to the Cotswolds.

Like Bath, its architecture is a beautiful array of Georgian elegance and a visit here feels like stepping back into the Regency era.

Its here that the original marble and scagliola spa water pump still stands as well the ornate domed ceiling and chic chandeliers in its beautiful Main Hall.

Cheltenham is also a cultural hub in the Cotswolds, with events such as the Cheltenham Food Focus, Cheltenham Music Festival and a Midsummer Fiesta to enjoy, while horse-racing fans should get themselves down to the famous Cheltenham Races.

Cheltenham is 2.5 hours by train from London.

Malvern became popular a little later than Bath and Cheltenham, coming into its own as a spa town during Queen Victoria’s reign when the first ‘water cure house’ was built in the town in 1845.

Many of the impressive spa buildings are still in use as public buildings.

The town is also surrounded by gorgeous countryside (the Malvern Hills is an Area of Outstanding Natural Beauty) and the town is an architectural mix of majestic buildings dating back to Victorian and Edwardian times.

Malvern is a mix of antique shops, bookshops and art galleries and the famous Malvern water can still be bathed in – and drunk – at the Malvern Spa, the first spa to be built in the town since the early 20th century offering luxury spa treatments and first-class accommodation.

It has a unique 35°c, 20-metre, indoor-outdoor hydrotherapy pool as well as the healing properties of its salt grotto.

It also boasts one of only ten Kelo saunas in the UK, a rustic sauna built from naturally fragrant wood found only in the Arctic Circle.

Malvern is 2.5 hours by train from London.

Renowned as a historic spa town, Buxton – in the Peak District National Park and in the county of Derbyshire – rapidly grew to become a rival to Bath in the 18th and 19th centuries thanks to its excellent geothermal waters.

Its stately Crescent is currently being transformed into an 80-bedroom, five-star spa hotel, due to open in 2019, which will boast the original thermal pool, fed by mineral water from the nearby ancient spring of St Ann’s Well.

As well as an indoor/outdoor pool with water features, a sauna, steam and ice rooms, a fitness studio and a beauty salon, the hotel will offer a range of treatments featuring mineral-packed mud.

The town has more to offer than its spa heritage; it also features an impressive repertoire of festivals – the open-access arts festival, the Buxton Fringe Festival, the Buxton Military Tattoo, and the Buxton International Festival of Opera, Music and Literature. 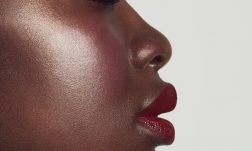 20 Of The Best Natural And Organic Makeup Brands 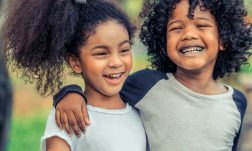 How To Take Care Of Curly Hair

An easy to follow to guide on how to look after your child’s curly hair. 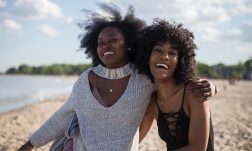 How To Be A Fantastic Friend

We all want to be thought of as a good friend. Here are some ways to help make that happen.