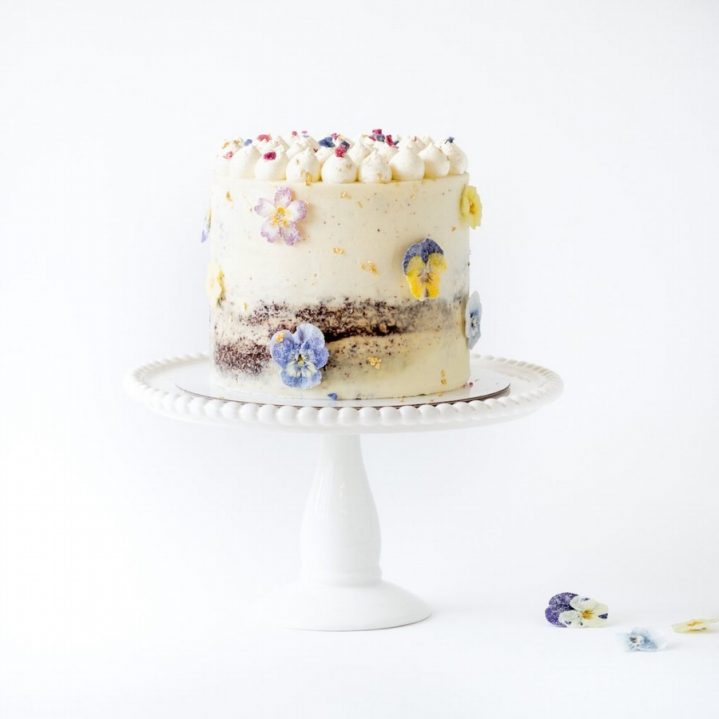 I have to admit that it took a quick Google search for me to ascertain who Rosalind Miller was before very excitedly accepting her invitation to attend one of her baking masterclasses.

You see, whilst the likes of Hummingbird and Primrose bakeries were well known to me, Rosalind Miller, to her credit was established way before the cupcake boom in the late noughties.

A lecturer at Central Saint Martin’s College of Art, Rosalind exchanged her career for a completely new one when she returned from a trip to New York City in 2005.

With no formal training but an eye for good design and the determination to get the best from her ingredients, she quickly established herself in Greenwich Market before being headhunted by Harrods who wanted her gorgeous cupcakes in their store.

Fast forward 13 years and she together with daughter Yasmine have progressed from home kitchen to a commercial bakery in Brockley, baking bespoke and off-the-shelf cakes for customers and Royalty all over the world.

The business has grown to include a studio in order to teach others the tricks of the trade. There are a number on offer including an ever-growing selection of guest instructors from the baking world.

Out of all the classes on offer I decided to pick the vegan baking masterclass which unsurprisingly, was fully booked.

Happily, the class was very small (just six of us). Our teacher was the lovely Becky who explained what the day would encompass and did intros.

I was surprised that everyone in attendance was hoping to start or further advance their own businesses so we were all very happy to learn that the day would include a tour of the bakery as well as a Q+A with Rosalind and Yasmine.

The kitchen space was light and airy with plenty of space as well as all the tools we needed to bake our masterpieces.

Becky demonstrated everything first and we then copied at our individual stations.

Becky took the time to explain the reasons why she did what she did, which added purpose and induced confidence. The baking process was very simple but the results were deeply satisfying.

The cake itself was a substantial 4-layer, vegan chocolate sponge layered with a coconut “buttercream” icing which tasted like nothing I had ever had before.

I would defy anyone to guess that this was vegan. So light and delicate, with the chocolate pairing amazingly with the coconut icing.

Perhaps the most important part of the day though was the opportunity to tour the working bakery – where all kinds of Willy Wonka type shenanigans were in the making (with smells to make your toes curl in delight) alongside the Q+A with Rosalind Miller and Yasmine.

You could almost see the sparkle in Rosalind’s eyes as she told her story. It was truly inspirational.

Here was a woman with no formal training but with sheer determination and passion was able to achieve so much. Indeed, the mere fact that she had staff was still a shock to her and very humbling to see.

She wasn’t reserved about dropping gems of knowledge from her experience either which really helped all of us to see how achievable running a successful business can be, with the right attitude.

Would I recommend the class?

Absolutely. In fact, I’ve already booked up another one.

Bake your way to success at rosalindmillercakes.com/masterclasses. 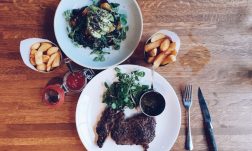 Any Londoner worth their salt knows Smiths Of Smithfield is one of the best places to go for good steak. How will it fare for a veggie and meat eater together? 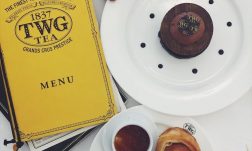 At TWG’s afternoon tea you can try over 800 different blends of tea. We took the kids along for some very fancy tea tasting. 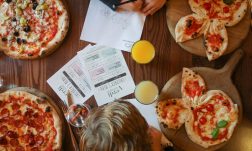 A review of Verdi Italian Kitchen, the in-house restaurant at the Royal Albert Hall in London.