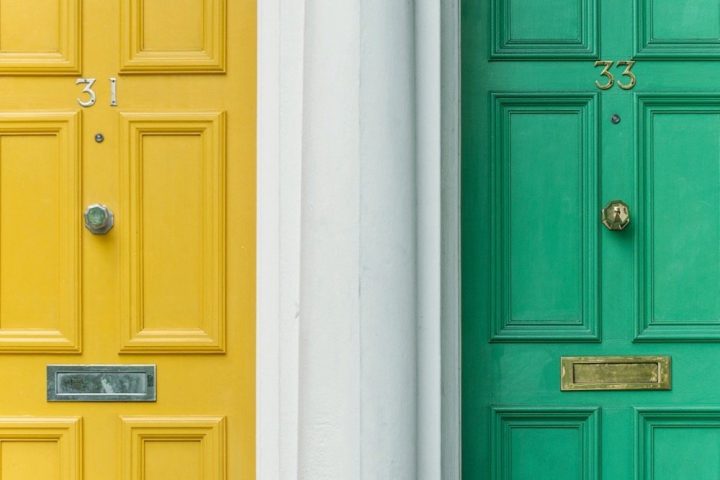 Problem With Your Neighbours And Your Kids: How To Fix Things

When things turn sour with your kids and problem neighbours, going home or passing them in the hallway or on the street can be stressful.

Imagine one of the first days of the summer school holidays this year.

A hot airless kind of day, the kind where you open all your windows and doors and let the kids play a hide-and-seek noisy game with one of their friends.

I was frankly too busy rearranging some furniture to take them to the park when I met a new neighbour standing at the top of our stairs.

I hadn’t seen him before, and didn’t know what he wanted, so put down my boxes and asked him if I could be of any help.

“Could you stop your kids from making noise? Some of us are trying to rest; all I can hear are their loud voices and some screaming.”

Now, once upon a time, this sort of thing might well have seen me apologise and usher the kids into one room, closing the windows and doors behind me and pleading with them to keep it down by way of a silent Lego-building session, perhaps buying the guy some Tesco flowers for the aural inconvenience he had so clearly suffered.

But I’ve been a fierce crabby mother for too many years as well as being a bit pregnant and therefore too buoyed up by alien hormones to take this kind of thing lying down.

I leant back against my door frame and smiled, and told him that I was sorry but it was perfectly normal for kids playing at home in the early afternoon, with their friends on school holidays, on a warm day, to be audible.

I told him that, additionally, he would most likely continue to hear my children at some times of the day all through summer, but that because they all go to bed early and that winter and school would eventually return to our Fair Isle, it wouldn’t last forever.

He asked me why they weren’t out in the park, and I told him it was none of his business.

I bid him goodbye and closed the door, triumphantly sweaty and shaky from the adrenaline which turned quickly into fury, humiliation, and finally into morally-outraged crying at the unreasonableness of it all.

Because we live in London, right? It’s a hive of high-density housing, filled from borough to borough with families and single people and night-shift workers and the young and the old, small families and large, the poor and the rich, the quiet and the less-so.

Living like this means all sorts of things, and one of those things is that you’ll have to deal with some noise.

It’s just a city thing – a consequence of summer and lots of people living near each other, and you come to understand this trade-off pretty soon.

There is a family with teenagers who live above us and we hear them stomp through their flat like some sort of elephantine stampede as well as the occasional 3 am music session – but you learn to shrug it off and shove in some earplugs.

Over the years we’ve seen other neighbours complaining about children’s noise.

We got asked to vacate a basement flat by an odd bachelor landlord who lived above us when I was first pregnant – we suspect he had noticed my swelling belly and wanted us out before a baby could interrupt his night’s sleep.

Two flats later, we battled with problem neighbours because of our buggy being folded up and left in the communal hallway.

They cited their worry about it blocking their path in an emergency, but we think they were just not up for living next door to an unpredictable toddler and a new baby.

Our next flat – our current one – has been trouble-free until a few years ago when we had a young woman launch a campaign to get the boys silenced.

She went from door to door asking other neighbours to help her get us out because she could hear the boys playing (summer again).

She hissed at them to shut up as she walked passed them on our street and wrote letters to our managing agents about the horror of it all.

She shouted at me from the top of my staircase that I was the most irresponsible mother she’d ever come across in all her years as a paediatric dentist (gulp) and that my kids were the most revoltingly behaved.

We finally called the police about the harassment campaign – and we never saw her again.

So what do you do when your kid’s reasonable kiddish behaviour gets Her Upstairs’ knickers in a twist? What can be done about constant moans regarding the ‘noise from neighbour’s child’ when said child belongs to you?

Should you just move to a farmhouse in Wales and deal with it that way?How much of your normal family life should you attempt to shield the neighbours from?

How apologetic should you be when someone does complain?

The stakes here are high because everyone has the right to feel comfortable and safe in their own homes; housing is at the heart of what constitutes a healthy and happy private existence.

In May 2018, a judge at the Central London County Court ordered a family to pay their complaining downstairs neighbour compensation of £100,000 for noise caused by bare floors.

The answer in that case could well have been mitigation and compromise between the two parties before things got to litigation – a respectful chat, some mutually-agreed shifts in behaviours, (and some IKEA rugs) might have saved everyone a lot of time, money and stress.

Each council deals with things in slightly different ways, but generally ‘night time hours’ are between 11 pm and 7 am, during which noise should be minimal – which seems fair enough.

Though if you have a crying baby at night – as much as it adds another layer of anxiety to new parents and can be hard to deal with for everyone – it’s the kind of noise that no authority will consider doing anything about.

The current advice when you have problem neighbours is that you should try to resolve things by talking things through reasonably (as my new neighbour did in summer) with the next step being mediation if things break down.

Complaints can be made to the council but in order for them to get involved, the noise must be more than an annoyance or irritation – so that cuts out my guy and won’t include things like a fussing baby or children playing within the daytime hours.

Weekends are a little different – it’s worth it to insist on your kids minimising their noise into the later morning to allow for your neighbours to sleep in.

Get to know your neighbours so they grow a soft spot for you and your family rather than a raging hatred.

And it’s a good idea to instil in your kids a sense that other people living nearby mightn’t want to hear them – self-awareness and respect for others is a winning idea.

So is ‘shoes off at the door’ and a clear distinction made between inside and outside voices.

Being polite but firm and sticking to the right side of reasonable is the kind of behaviour that will count if things get to the council-interference stage.

But beyond duct-taping your kids’ mouths and banishing them to the carpeted room to play in socks, there’s a limit to how much you should curtail normal domestic life.

The problem neighbours could always try out that Welsh cottage, right?

Have you ever had to deal with neighbours complaining about your child? 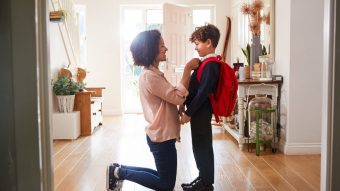 The Booktrust Guide To The Best Starting School Books 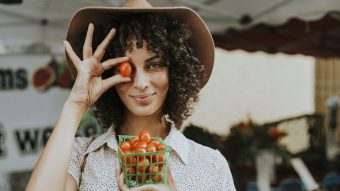 How To Thrive During Your Vegan Pregnancy

A vegan mother of two on what you can do thrive when you’re vegan and pregnant. 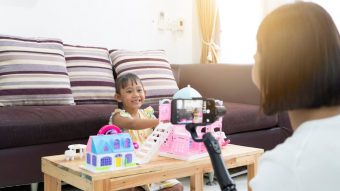 Sharing Life On A Parenting Blog – How Much Is Too Much?

How much is too much when it comes to sharing your family life in your parenting blog?