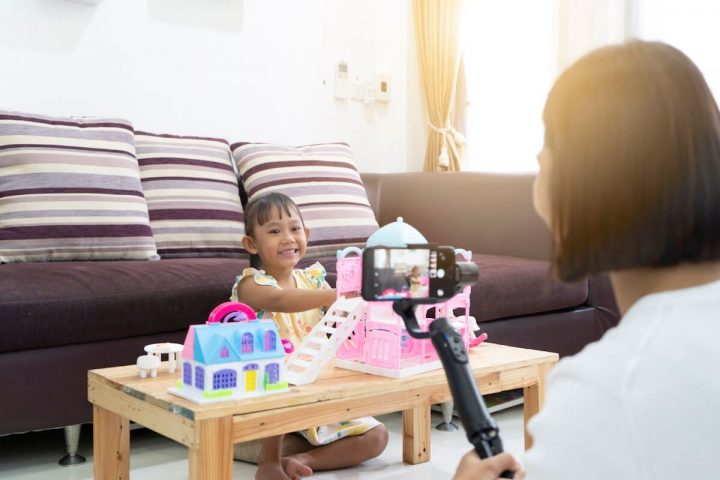 Sharing Life On A Parenting Blog – How Much Is Too Much?

Nearly ten years ago, after my best friend suggested I start a parenting blog, I wrote a post about kids who wake up regularly and inexplicably at 6:00am on the dot.

I followed that with a description of a day out at the Serpentine Lido with my two preschoolers and baby.

So far, so unremarkable.

Because no one knew I was writing a blog, I was just shouting tentatively into the internet void.

All the practice, none of the feedback.

I kept writing though – trying out new ideas, attempting some very unfunny poetry (*wince*) and switching my initial focus about what it is to be a New Zealander living in London.

Think taking photos of the city, seeking out old shop signs and detailing weekend market trips, to really just writing about the kids, and parenting, and both how funny and hard it all can be.

Over those nearly ten years, we’ve added another three kids to the mix, a runaway dog and two geckos and my readership expanded.

My USP is firmly morphing into what it is like to have an unusually big family rammed into a two-bedroomed basement in a glittering, grimy, ancient, diverse city while still keeping my head up and my hair highlighted.

And I’ve not held back; by nature, I am straightforward and blunt about my mistakes, the fights between the children, the times I lose it, the times I literally lose the kids (there are many of those posts, alas).

I talk about the marriage counselling we’ve sought over whether to return to New Zealand, the difficulties with furious middle kids, the juggling of toddlers and first school days, the early shell-shock of babies and the (normal, alarming) rages of newly-minted teenagers.

Sharing our family life online has been a good thing for me: I have gotten a steady stream of freelance writing gigs from my parenting blog.

Done well, with the right online presence, sharing the right stories at the right time can turn into effectively a full-time job (or certainly one that pays enough in cash or freebies to keep doing it).

Just look at the success of husband and wife team Mother Of Daughters and Father Of Daughters Clemmie and Simon Hooper (whose collaborations with Renault UK, Walt Disney World and Edition Hotels came as a direct result of their respective online reaches to both men and women).

Or Hurrah For Gin’s Katie Kirby – author, panellist, blogger, digital print maker, good for a laff – as examples of where it can all go so right.

It’s certainly an imprecise science, the mysterious magic that turns one person’s online ramblings into a sought after, paid for ‘name’, but it can happen.

Although, even at the exalted upper echelon of these parenting influencers, there is no avoiding mob-led criticism of oversharing.

Clemmie Hooper (who works as a part time NHS midwife and has written a book on the growing and exiting of a baby) went on an Instagram hiatus after a Mumsnet thread entitled “Influencer Ethics on Instagram” called her out for posting “ethically dubious” content of her kids online.

Her husband, who has nearly twice her following on his account, has not received nearly the same level of criticism even though his shared content is arguably much more centered on parenting chaos.

In May 2017, the Daily Mail ran a scathing article on singled out female parenting influencers including blogger Clemmie Telford and Kirby, naming them “moaning mums”, “arrogant” and “dimwit narcissists.”

Women, it seems, are severely judged for being either “too smug” or “too slummy” – it’s perhaps a new version of the Madonna/Whore complex, but this time featuring just the mums.

Perhaps as a result of online sharing shaming or just because the digital world keeps on shifting goalposts, Mother Pukka/Anna Whitehouse wrote a post on her blog in 2018 about “sharenting.”

She quoted recent statistics that shows that by the age of 13, the average kid has had more than 1000 photos of him or her shared on the internet – and has stopped posting identifiable pictures of her children online.

It is hard to separate the private from the public when most of your online and offline content is the subject of parenting.

There’s also the issue of permission and privacy, something celebrities with famous offspring are starting to discover.

In early 2019, Gwyneth Paltrow posted a picture (on her public account with over 5 million followers) of her and her daughter Apple.

Her daughter (from her private account) replied with: “Mom we have discussed this. You may not post anything without my consent.” Paltrow replied: “You can’t even see your face!”

Most of Paltrow’s fans say that, as the mother, she has every right to share pictures of her daughter.

Others say children deserve a right to privacy too.

When paying your bills depends on your children posing nicely for your pictures, where do you draw the line? Do you need their permission?

What about when they get older and don’t like that their entire childhood and resulting digital footprint is available for all (university admissions, prospective employers, life partners, exes) to see?

Clemmie Telford, curator of Mother Of All Lists and creative director, shared all (or more accurately, bared all) last year when she posted a photo of herself at 40 weeks pregnant, nearly nude, sitting on the toilet in her very nicely tiled bathroom, looking very much like we all do at 40 weeks – fed up.

The image was shared widely and followed up with Clemmie on the same toilet, 40 weeks later, with a lovely baby girl on her knee.

It brings to mind the recent viral photo of Rachel McAdams in slick-backed hair, Versace and Bulgari diamonds, pumping milk for her 6 month old son.

Many loved it, many did not – but this stuff, regardless of whether you are dripping in jewels or barely managing to tie your hair back from dipping into the Weetabix bowls, is the stuff of motherhood and common to us all.

As for me, without any contracts, #sponsoredcollaborations or #ADs to hitch my ride to, probably the biggest benefit of my digital oversharing has been the catharsis of unloading my mothering challenges and learning over the years to find my writing voice.

It’s a bit harsh, a bit sarcastic, a bit silly, and pretty honest, and that honesty is what I get the most enthusiastic comments about.

Readers like hearing about the messy stuff, the screwups, my miscarriages, triumphs, and the sad days when you admit you did a bad job parenting.

The days you face the fact that you need help, that your kid is in need of help, the days you could only hold them tight while they raged and cried and struggled against you, and you realised you had no idea how to be better at this job.

That’s when people who read my parenting blog have reached out and given me support, and have suggested, gently, ways to make things better, and have virtually held my hand.

I think I have helped them too, by dropping the facade of ‘playing nice’. Because raising kids is not always nice, nor are they, and nor am I.

My online presence has also been a great way for our families and friends who live half a world way to keep up with us and our lives, to get to know our kids, to watch us grow as parents, to have an insight into the ways in which living in London has shaped us all.

And for many years, it seemed the funny stories I posted concerning my toddlers, babies and primary school kids were my stories to tell.

After all, day-to-day parenting slog can be a very thankless task – at least they owed me the right to talk about it?

In the early days, I flirted with the idea of never naming the kids, but realised that wasn’t really how I work.

I have always kept our precise address, the names of the kid’s schools and other extremely obvious identifiable aspects quiet, but it honestly hasn’t ever bothered me that much.

I am not much of a worrier about things; I would rather take a risk and overcome it rather than fret about what might or could happen – and that extends to the risks of online sharing.

I’ve only had one comment from a reader I have deleted – which was from a friend who didn’t like what I had written about not wanting to leave London for New Zealand.

He had responded by posting about how awful it was that we had all our kids in one room with no privacy to speak of and commented on how he felt it impacted our eldest kid.

He might have been right, but I didn’t really want his insider knowledge about the specific way we chose to live to be shared with the world.

I’ve also whinged about my husband and I am sure that has felt a bit unkind and unnecessary to my husband’s family, and once I upset a dear friend when I mistook being flippant and amusing for being rude and offensive – I didn’t know she read my stuff, but learned very quickly that she did.

Luckily for me, those gross missteps were taken before trolling became a thing and so I escaped the mob rule public shaming masses – although, my readership is pretty small, so I am not sure I generate enough interest for trolls.

The next challenge is a new one, and perhaps the most difficult of all.

The three and two year old boys I wrote about in my first post are now at secondary school and have phones and social accounts of their own.

They are aware of my blog but haven’t ever engaged with it – and there will be a day that they do.

They will discover a diary of their lives – one that shares with the world intimate things, embarrassing things, regrettable things.

What I once thought was a funny story to tell might not be so amusing when they look back and discover they are themselves the punchline, and no one asked for their consent.

I recently made an Instagram story of my nearly-14 year old doing his beautiful art homework, and he later came to me and said that I should have asked him whether I could post it. And he was right.

My kids don’t ‘owe’ me anything – not stories or content – and they never did. And what that means for me, my parenting blog and my online presence, I have no idea. 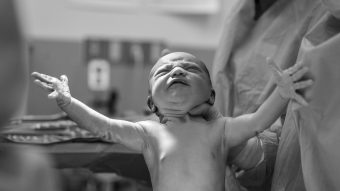 Would You Let Your Children Watch You Give Birth?

If you’re pregnant and already have at least one child, would you let your other kids be present for the birth of their new baby brother or sister? 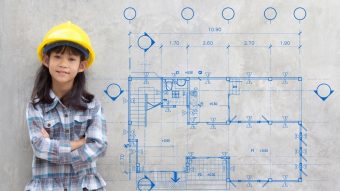 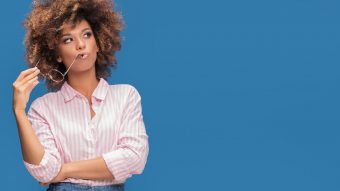 Should You Fix Your Broken Friendship?

How to fix a broken friendship. Or not.