The Best New Exhibitions In London To Visit This Year

The UK was, and still is, home to hundreds of artists and you’ll find their works on show at various new exhibitions in London.

One of the many benefits of living in and around London is easy (and sometimes free) access to world-class art, museums, music, theatre and more.

Here are the best new exhibitions in London that are well worth a date in the diary:

Kehinde Wiley says: ‘The Yellow Wallpaper is a work of literary fiction that explores the contours of femininity and insanity. This exhibition seeks to use the language of the decorative to reconcile blackness, gender, and a beautiful and terrible past.’

The Yellow Wallpaper will be the first solo exhibition of new work shown by Wiley at a UK museum and also the first to feature exclusively female portraits.

The works feature women that the artist met on the streets of Dalston and offer a visual response to American novelist Charlotte Perkins Gilman’s acclaimed feminist text, The Yellow Wallpaper (1892).

Prada. Front and Back | The Design Museum (Tickets on sale Spring 2020)

Prada. Front and Back is the first major museum exhibition of one of the world’s most influential fashion houses.

Facing the future, it will explore Prada’s transformation of the idea and practice of fashion and the continuing evolution of a global enterprise.

Different sectors will reflect the idea of front and back, conveying both the surface of fashion and at the same time the creative and industrial infrastructure on which it depends.

Joining the family business in the mid-70s, she turned it into one of the most successful fashion houses in the world, at the same time as transforming the landscape of style and culture.

With her husband, Patrizio Bertelli, she has changed the way that people dress, redefined how we understand luxury, explored new materials and technologies and invested passionately in art, design and architecture.

Medicine: The Wellcome Galleries creates a new home for the most significant medical collections in the world, providing a rich historical context for our experience of medicine today and featuring moving personal stories from patients and practitioners.

The vast galleries cover more than 3000m², an area equivalent to 1,500 hospital beds. The five new galleries reveal how the quest to better understand the human body has transformed medicine.

They examine treatments that save, improve and sometimes harm lives, highlight the health challenges faced by populations and uncover our hopes and fears about health.

Come face to face with ground-breaking objects from the history of medicine, including two-hundred-year-old wax anatomical models, the very first stethoscope and lancets used by Edward Jenner in his smallpox vaccinations.

You’ll also see medicine chests used on expeditions to Mount Everest and Antarctica, an intricate model of a 1930s hospital, a rare iron lung used by patients with polio and the world’s first MRI scanner, protein model and paramedic bicycle.

Within the galleries, you can step inside a real Victorian pharmacy, brought to life through an immersive digital experience, discover what it takes to perform heart transplant surgery and treat a critically ill patient in an interactive game.

Picasso did more than just draw on paper – he also tore, burnt, and made it three-dimensional.

This new exhibition brings together more than 300 of his works on paper covering the artist’s 80-year career.

You will see Picasso’s creative process first-hand in documentary footage of the artist at work, studies for Guernica, and sketchbooks where the seeds of his masterpieces first took shape, including Les Demoiselles d’Avignon.

Warhol changed pop art as we know it and this exhibition promises a new look at his extraordinary life and work.

This major retrospective is the first Warhol exhibition at Tate Modern for almost 20 years.

As well as his iconic pop images of Marilyn Monroe, Coca-Cola and Campbell’s soup cans, it includes works never seen before in the UK.

Twenty-five works from his Ladies and Gentlemen series – portraits of black and Latinx drag queens and trans women – are shown for the first time in 30 years.

You will get to play with his floating Silver Clouds and experience the psychedelic multimedia environment of the Exploding Plastic Inevitable.

American photographer, William John Kennedy documented his friend Warhol from the early 60s, when the artist’s career was just launching.

This rare body of images has become one the most recognised and important collections of Warhol photographs ever discovered.

To mark the 33rd anniversary of Warhol’s death, the gallery is showing 15 of the most important images from Kennedy’s body of work in the UK, supported by full-length documentary, Andy Warhol: Full Circle, telling the story of these remarkable photos, with insight from the characters who were part of the Sixties New York art scene.

This new exhibition explores how feminist activism in the UK today has its roots in the complex history of women’s rights.

You’ll also be introduced to lesser-known Suffragettes such as Sophia Duleep Singh and challengers of recent years such as the No More Page 3 campaign.

This exhibition includes some items relating to the body, sexual and domestic violence, abortion, sex work and enslavement.

An immersive and theatrical show charting the evolution of Alice’s Adventures in Wonderland from manuscript to a global phenomenon beloved by adults and children alike.

What new exhibitions in London are you looking forward to visiting this year? 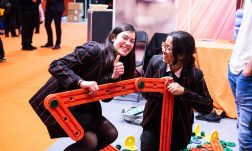 5 Reasons Why You Should Take The Family To Skills London

Five excellent reasons to take your kids to Skills London this year. 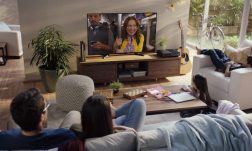 Looking for shows you can watch with the kids? Huddle around the TV with a mum’s guide to the best Netflix shows to watch with your family. 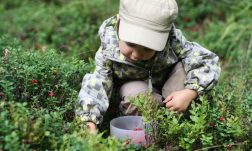 The Best Pick Your Own Farms In And Around London

Going fruit and veg picking is a great way to learn about seasonality and sustainability. Our guide to the best ‘pick your own’ farms in and around London.