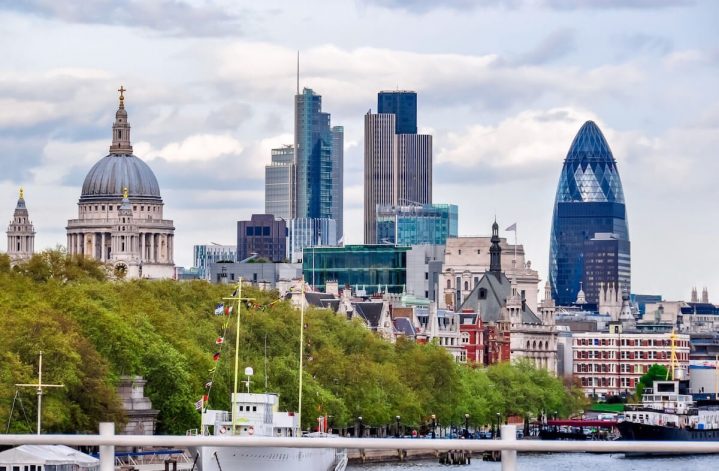 As one of the most culturally and historically diverse cities in the world, it can be difficult to decide where to go if you’re trying to do London in one day.

The truth is, you could spend weeks exploring the plethora of sites across the capital.

However, if you’ve got less than 24 hours to venture into Central London, here is our go-to guide for a day well spent.

With a panoramic viewing deck situated at the highest point in London and a cathedral floor, crypt and three galleries, St Paul’s Cathedral is a perfect way to start off your day in London.

On most days from Monday to Saturday the doors open at 8:30 for sightseeing and at 9:30 for the galleries, making it a great early-morning spot to hit with fewer crowds.

Traverse one of London’s landmarks, which has just celebrated its 125th anniversary.

On a personal guided tour, you will become acquainted with the rich history of the iconic towers and see the spectacular views from the high-level Walkway.

Test your nerves by walking across the glass floor as you look down at the bustling bridge from 42 metres above the River Thames. Discover the original Victorian trains in the Engine Rooms, a pivotal part of London’s history.

London’s legendary art museum displays incredible artwork from some of the best artists including Picasso, Dalí and Warhol along with other international modern and contemporary art.

Entry is free every day.

Expect to see impromptu performances as you meander across the Bridge towards the Market.

Indulge your taste buds with a bite (or two) to eat at one of London’s largest and oldest food markets and devour some of the best dishes that the city has to offer.

From classic British dishes and fresh oysters to smoked meats and handmade pastries.

The queues for the London Eye are much shorter towards the end of the day, and if you want to guarantee an even speedier way to get up in the air, make sure you purchase fast track tickets.

Both standard and fast track tickets entitle you to an immersive 4D cinema experience that will add another dimension to the experience.

While you won’t get to go on an inside tour of the State Rooms, you can capture photos of the magnificent palace grounds from the outside and see the acclaimed Queen’s Guards (and you may get to see the changing of the guards).

Make sure you visit the Victoria Memorial monument, in the foreground of the Palace.

As one of London’s eight royal parks and nearly 52 acres in size, St James’s Park is a welcome retreat from the hustle and bustle of the city.

Serene lakes are inhabited by the world-famous pelicans and dozens of species of ducks, mammals and birds can be spotted in the gardens and landscapes.

The ambience of Soho and Chinatown at night is perfect for the final destination of your jam-packed day in London.

Relish the enticing dishes from a range of traditional and contemporary restaurants that Chinatown has to offer, some of which are open until midnight.

If you’ve only got 24 hours in the capital, what do you think is the best way to do London in one day? 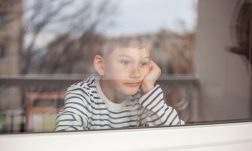 When it’s cold and wet outside, avoid cabin fever with these indoor activities for kids. 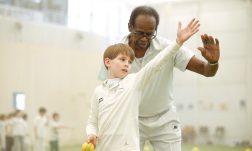 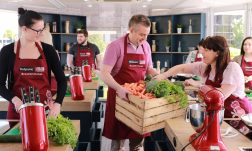 Food Things to Do

Learn How To Cook At Jamie Oliver’s Food Foundation

Hotpoint and Jamie Oliver’s Food Foundation teamed up in 2018 to show that cooking can be fun, quick and good for all the family. A Hotpoint Teaching Kitchen was at Selhurst Park, Crystal Palace in June 2018 teaching the skills needed to cook from scratch while sharing some of Jamie’s recipes for quick, healthy, tasty […]