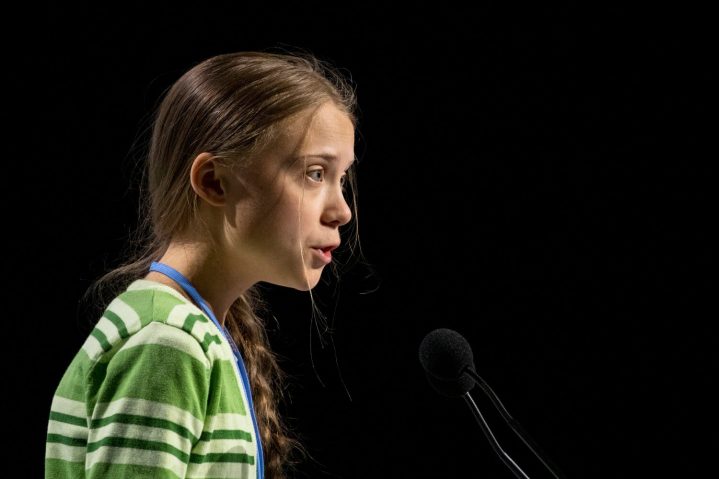 World-Changing Words: The Most Inspiring Quotes from Female Leaders

While 2018 brought women’s marches and the #metoo movement, 2019 seemed to be the year when women took the spotlight.

The women of 2019 stepped up to change history.

When reflecting on some of the amazing women who made waves this past year, we felt particularly empowered through their words.

We’ve compiled a list of our very favourites, so we have a place to land when we need some inner strength.

“What we know matters, but who we are matters more”
—Brené Brown

Brené Brown is a research professor at the University of Houston in Texas, USA.

Brené Brown’s Ted Talk on vulnerability has over 40 million views and is one of the top five most viewed TED talks in the world.

In 2019, Netflix debuted her special Call to Courage, with a theme of choosing courage over comfort.

“Some people only ask others to do something. I believe that, why should I wait for someone else? Why don’t I take a step and move forward.”
–Malala Yousafzai

Malala Yousafzai is a Pakistani activist who has been speaking out about girls’ rights since she was a mere 11 years old when the Taliban prohibited girls from attending school.

At the age of 15, she was shot in the head by the Taliban on her way home from school.

Her survival story only made her voice stronger, and Yousafzai now speaks out for girls affected by injustice and violence all over the world.

In 2014, Malala Yousafzai was the youngest laureate ever awarded the Nobel Peace Prize.

In 2019 she released a new book, We Are Displaced, a collection of heartbreaking and inspiring first-person accounts from the girls Yousafzai has met in her travels to refugee camps and settlements across the world.

“In the midst of many challenges, I will continue to rise. And if given the choice to do it all over again, you would still find me in the newsroom, telling the stories that need to be told.”
—Asmaa James

In her 14 years as a journalist and civil rights activist, James has promoted independent media platforms, created safe spaces for diverse voices, and worked with women, girls, civil society and government for civil rights changes in post-conflict Sierra Leone.

In 2019, upon learning of the rape of a young girl, Asmaa James launched the Black Tuesday campaign, encouraging women to wear black on the last Tuesday of each month to protest over the increase in the rape and abuse of girls under 12.

“The only meaningful thing we can offer one another is love. Not advice, not questions about our choices, not suggestions for the future, just love.”
—Glennon Doyle

Glennon Doyle is an author, activist, philanthropist and non-profit executive.

She has written books including New York Times Bestsellers Love Warrior (2016) and Carry On, Warrior (2012).

She also created the online community Momastery, and is the founder and president of Together Rising, a nonprofit for women and children in crisis.

Glennon Doyle released a new book in 2019, Untamed, with the intention of guiding women to finding their voices.

“She has a voice. If you can’t hear it, maybe it’s because you’re too busy talking.”
—Scarlett Curtis

The Pink Protest has been a part of campaigns that have changed two laws; a bill to help end period poverty and a bill to get FGM into the Children’s Act.

In 2017, Scarlett Curtis published a collection of essays, titled Feminists Don’t Wear Pink, and Other Lies.

Curtis just released her second book, It’s Not Okay to Feel Blue and Other Lies in October 2019.

“You have to have a passion for fixing the world. Be a dreamer. Be audacious.”
—Maria Fernanda Espinosa Garces

Maria Fernanda Espinosa Garces is an Ecuadorian politician and diplomat.

She was chosen as the first female Latin-American President of the United Nations General Assembly in history.

Prior to becoming President of the UN, Maria Fernanda Espinosa Garces served as Ecuador’s Minister of National Defense, and as Coordinating Minister of Natural and Cultural Heritage.

She has also been Ecuador’s Minister of Foreign Affairs twice.

In addition to her political career, she is also a poet and essayist.

American lawyer, university administrator, and writer, Michelle Obama is most commonly known as the former First Lady of the United States.

As the First Lady, Michelle focused her attention on social issues such as poverty, healthy living, and education.

Prior to becoming First Lady, Michelle Obama was the executive director for the Chicago office of Public Allies, a nonprofit leadership-training program that helped young adults develop skills for future careers in the public sector.

She also served as the vice president for community and external affairs at the University of Chicago Medical Center.

“The moment we decide to fulfil something, we can do anything.”
—Greta Thunberg

Greta Thunberg is a Swedish activist known for her youth activism work against climate change.

At age 15, she began spending her school days outside the Swedish parliament to call for stronger action on global warming by holding up a sign saying (in Swedish) “School strike for the climate”.

Her straightforward manner and impact earned her numerous awards and honours, including the Swedish Woman of the Year for 2019, and a nomination for the Nobel Peace Prize.

“Yes, some people think this isn’t the place for us, and it will be hard to win their support. But it’s not written in stone that we can’t do it.”
—Tabata Amaral

Tabata Amaral is a Brazilian political scientist, education activist, and politician. She is currently a federal deputy for São Paulo.

Tabata Amaral is one of Brazil’s youngest congresswomen, her initiatives are education, women’s rights, political innovation and sustainable futures.

Her intelligence and willingness to tackle the hardest topics have garnered her international attention.

Known as a force on and off the field, Rapinoe is also an activist for equal rights for everyone, regardless of gender, race or sexual preference.

Megan Rapinoe and her twin sister also run a camp that focuses on football, having fun and working hard.

What are some of your favourite female inspiring quotes? 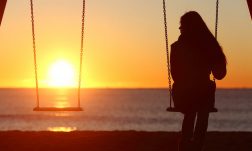 A First Person Account On Coping With Grief And Loss

A first-person account on how you can help yourself, and others, cope with grief and loss. 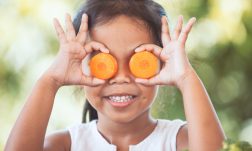 A Paediatrician On 25 Simple Ways To Help Children Be Healthier

Paediatric Doctor Victoria Wakefield on how parents can help their children be healthier. 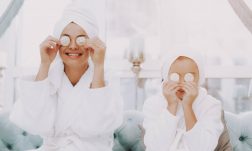 The 10 Best Kids Spas In London

Looking for a kids spa experience? Head to one of these spas or salons that accept children and teenagers for some one-on-one time and serious pampering.