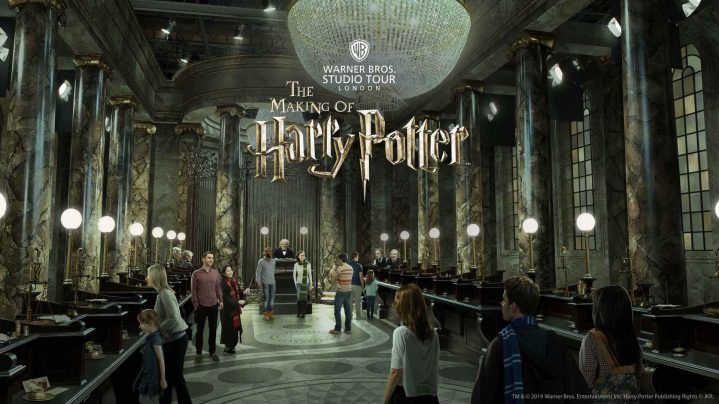 Fans of Harry Potter are drawn from far and wide to London, and to one spot in particular: the Warner Brothers London Studios.

Here, fans of the movies and the books delight in the Harry Potter Studio Tour, one of the best ways to see film sets, props and costumes from the film, as well as being truly immersed in the world of Harry Potter through interactive exhibits.

If you’d like to go to experience the magic of the Warner Brothers Harry Potter Studio tour in London, check our complete guide for everything you need to know!

What will I see on the Harry Potter Studio Tour?

Because of the way it has been put together at the Warner Brothers studios in London, it is really like delving into the world of Harry Potter!

You will be able to stroll down Diagon Alley, visiting the famous shops seen in the films, such as Ollivanders Wand Shop, Flourish and Blotts, and the Weasleys’ Wizard Wheezes.

Always wanted to attend Hogwarts? Here you’ll be able to: walking through the genuine Great Hall film set, as well as visiting the Gryffindor common room and Dumbledore’s office.

You can also drop into Gringotts Wizarding Bank and Eeylops Owl Emporium.

You can get up-close and personal with some of the most beloved items from the movies, such as Harry’s Nimbus 2000 and Hagrid’s Motorcycle.

To cap it off you can sit down and enjoy a Butterbeer, for the ultimate immersive experience.

Finally, you’ll get unique behind-the-scenes insights into how the movies were made and how they created those amazing, magical effects.

How much does the tour cost?

Tours of the Warner Brothers Harry Potter Studio are not cheap, and tickets are reasonably expensive.

The price will depend on the exact tour you choose and how far in advance you book, but you can expect to pay between 50 and 90 GBP for a fully guided tour.

These prices usually include not only all of the delights of the Warner Brothers Harry Potter Studio but also return transportation.

Specialised tours, such as personalised, behind-the-scenes tours can cost around 140 GBP. These numbers may seem quite high, however visitors usually agree it is worth it for a once in a lifetime experience.

Additionally, if you compare the various tours available from different sellers, you may very well find discounted rates, such as special rates for children.

Do I need to book a long time in advance for the Harry Potter Studio Tour?

Tickets sold through the official website sell out very fast and are usually completely sold out a few months in advance.

Generally, you will need to book your tickets three to four months in advance. This can be a problem if you don’t want to plan your life so far in advance and perhaps prefer to make plans for the coming days or weeks.

However, you can get last-minute London Harry Potter tickets by booking online.

There are a number of websites, including tour operators and ticket resellers, which sell tickets much closer to the tour date, and TourScanner pulls all this information together in one place so that you can find the best tickets even at the last minute.

Sometimes tickets may even become available again up to a few days in advance when people decide to cancel their visit and their ticket is available for resale, so it’s worth checking back to the website periodically.

How do I get to the Harry Potter Studio London?

Unless you book an all-inclusive tour which includes ground transportation, you’ll first need to get to the Warner Brothers London studios, also known as “Harry Potter World”.

One of the easiest ways is to take the regular shuttle buses operated by Mullany’s Coaches.

The shuttle buses run from Watford Junction, departing every 20 minutes from 9.20 am. The journey takes around 15 minutes, and the last return journey is just after the last tour.

If taking the train, the nearest railway station is Watford Junction, with direct services to London Euston and Birmingham New Street.

What else can I see if the Harry Potter Studio Tour is booked out?

If the Warner Brothers Harry Potter Studio Tour is really sold out, and you’ve checked back on the TourScanner site with no luck, there are a couple of other options as a last resort.

Although the Warner Brothers studio has the highest concentration of sets and memorabilia, there are other filming locations around London that will delight Harry Potter fans.

You can go and see locations such as Platform 9¾ and Gringotts Bank which were the filming locations of key scenes in the Harry Potter scenes.

Some scenes were also filmed at the University of Oxford if you don’t mind travelling a little further afield. 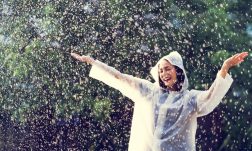 15 Places To Go On A Rainy Day In London

It’s cold and/or wet in London more often than it’s not so here are 15 things to do with the kids (outside) that aren’t weather dependent. 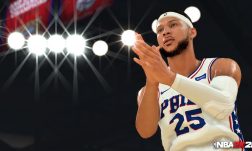 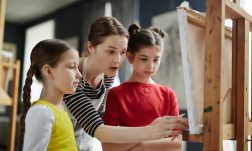 16 Of The Best Exhibitions + Art Classes For Kids

Get even the most reluctant child interested in the arts with one of these exhibitions and art classes for kids in London.