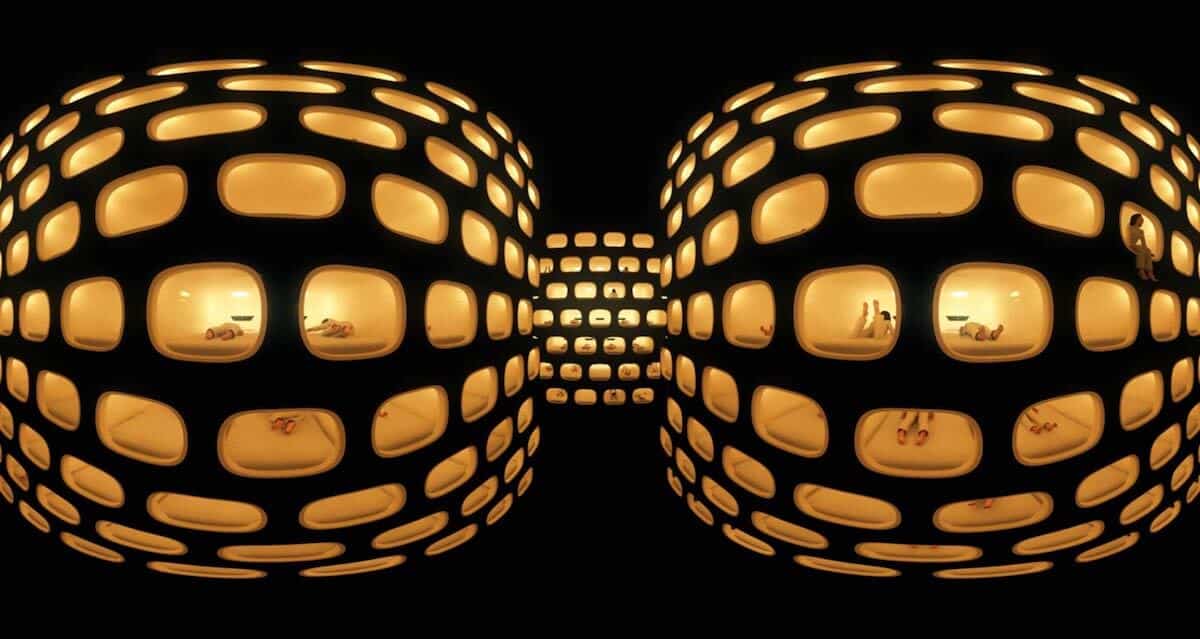 Japan House has two new installations by WOW looking at the urban future and timelessness of rural Japan.

WOW’s ‘Tokyo Light Odyssey’ installation is a mind-bending 360-degree reimagining of Japan’s capital city by night, to herald the 2020 Olympic and Paralympic Games.

Neon lights emanate from train stations and convenience store logos floating in the darkness – the artists use omnidirectional motion graphics to contort the known world to present an entirely new interpretation of Tokyo’s cityscape.

Each scene, projected around the walls, appears as a fragment of the illuminated city hurtling through the night sky, leaving visitors with a lingering sense of having emerged from a dream.

POPPO is an excursion into the folk art of Japan’s countryside where three different installations focus on kokeshi – wooden dolls and O-taka poppo – carved wooden figures in the shape of hawks, both originating in the Tohoku region of north-eastern Japan, highlighting WOW’s roots in Sendai.

As well as carving Japanese dolls to be projected onto the Gallery walls, children will be able to stick items on to the walls of the Gallery to build a ‘tree’ and then digital birds will come and land on them. (Which might be a simpler activity for very young children).

The mornings are usually nice and quiet if you’re going with little ones. FYI, if you’re with kids, there are some rather good toilets near the Gallery.

The exhibition is suitable for all ages and free to attend.