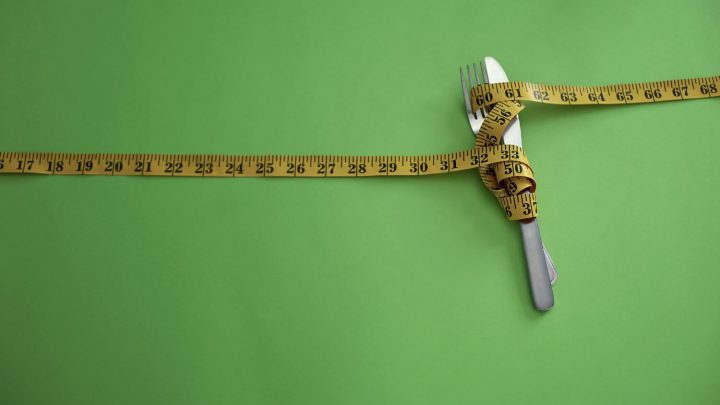 According to BEAT, approximately 1.25 million people in the UK have an eating disorder.

An eating disorder is a serious mental illness that involves disordered eating behaviour.

Eating disorders are generally classified as:

There have been reported cases of anorexia in children as young as six.

Warning signs of an eating disorder include:

It’s usually very difficult for people with an eating disorder to get better on their own, so if you are worried about someone, it’s important to seek treatment and support as soon as possible.

In July 2019, Public Health England released its report showing the trends in numbers of hospital admissions as a result of eating disorders in young people across England, revealing that there were more admissions in 2017/18 than in any of the preceding years.

The report breaks the number of hospital admissions down by specific age and gender, and shows that across all ages, more girls are admitted to hospital than boys.

The report stated that although bulimia is more common among children and young people, it is anorexia which accounts for the larger proportion of hospital admissions, fueling concern from leading addiction treatment experts at UKAT.

“Eating disorders in young people and children in particular is extremely concerning because they’re more likely to develop extensive physical and psychiatric problems in the long term as a result of their eating disorder” suggests UKAT’s Group Treatment Lead, Nuno Albuquerque, who has vast experience of treating eating disorders.

He continues; “Unlike most other addictions and disorders, the treatment cannot centre around abstinence, because we need to eat to live.

Instead treatment is focused on finding a balance in the relationship between the person and food.

For most, overcoming eating disorders developed at such a young age is an ongoing process, and for some, will be something they live with- under controlled behaviours learned from treatment- forever.”

UKAT also revealed that in 2018, they admitted more people for eating disorders than ever before, and that this year, they’re taking on average around five enquiries a day from concerned parents; double what they were receiving last year.

Nuno concludes; “We believe that social media and celebrity idolisation has a lot to do with the rise in eating disorders stemming from body image issues, but there’s also a much deeper societal issue with children experiencing the deficit of attachment from parents.”

Is there anything parents can do to help their children have a healthy relationship with food?

Parents – the mother in particular – plays a pivotal role in her child’s development.

There is research and evidence to suggest negative experiences can have negative effects on childhood development, leading to physical and mental health problems throughout life.

Experts and researchers have found that children and teenagers who have been diagnosed with disordered eating habits or eating disorders are heavily influenced by their parents’ words and actions.

From very early childhood, we look up to our parents for guidance and we mimic many of their words and actions subconsciously.

Although there are various underlying factors that are known to cause disordered eating which can also lead to eating disorders, parents have a considerable influence on how their children act or behave around food and how they view food and body image.

Once youngsters hit adolescence, they become particularly susceptible to eating disorders, although children as young as six are reported to have battled with the likes of bulimia, anorexia and binge eating.

Mothers are probably the most important influence on a daughter’s body image, even if a mum says to a daughter, “You look so beautiful, but I am so fat”, it can be detrimental.

Although parents do not mean to cause distress to their children, they have a significant impact on their child’s confidence as they grow into a teenager and mature into an adult.

Eight things parents should consider if they want to encourage a healthy attitude to food in their children.

The word “fat” already carries a problematic message since it is usually used in a negative light.

Many adults will link the term “fat” to other negative qualities such as poor work ethic and lack of discipline, when in fact, body shape and size has nothing to do with these qualities.

Using the term “fat” in any form, especially a negative form, can result in children becoming not only obsessed or concerned about their own body image but potentially precipitate disordered eating behaviours.

2. Telling children what and when to eat

Many parents have rules on when kids should eat.

Children have amazing set points in their brains that alert them when they are hungry and full.

If your child is hungry before dinner, it is okay to allow them to eat a small nutritious snack to see them through and the same goes for any other time of day.

It is important to children to feel hungry and full on their own, so they learn to adjust to their natural physiological set points.

3. Warning children about ‘putting on weight’

Some parents will adjust their children’s diet or ask them to step on the scale to monitor their weight.

This is harmful from an emotional and mental perspective, in comparison to allowing your child to gain and lose weight naturally.

Although excessive weight gain can be dangerous to a child’s health, it is important to always practice body positivity and to allow your child to gain weight naturally as they grow into their teenage bodies.

Fluctuations in weight loss and gain are normal, especially as children enter puberty.

Often, parents will label sugary, fried, and salty foods such as fries, donuts, cookies and pizza as “bad” and fruits and vegetables as “good”.

This can create a judgmental picture of food in your child’s head and lead to feelings of guilt or secrecy later on, when they eat “bad” food out of sight and in secret.

Of course, you do not want your child to eat three bags of crisps and a packet of sherbet but it is important to explain why some foods help them grow strong and other foods are just fun “sometimes” foods.

If you snack on fruit and carrots, your child will be more likely to as well.

If you constantly go for chocolate and then talk about feeling guilty, there’s a chance that they will also mirror that.

5. Talking about your diet

If you, as a parent, are trying to lose weight, make sure you keep it to yourself.

Kids will pick up on conversations about you going to a Zumba class to lose weight, or that you are trying to fit into a certain pair of jeans or lose that extra seven pounds.

Kids will also watch how you look at yourself in the mirror and how you prepare your own food.

If being on a diet is a normal way of life, your children may adapt to that lifestyle which places them at higher risk for developing an eating disorder.

A study of over 13,000 pre-adolescents and adolescents found that having family dinners around the table most days decreased the risk of eating disorders.

Shared family mealtimes give parents a chance to be role models for healthy eating.

Conversely TV dinners increase the potential for disordered eating, as it becomes mindless eating, with TV being the big distraction.

We know that exams can be a huge trigger point for eating disorders among young people.

They tell us they feel huge stress and pressure and completely out of control.

It’s important for parents not to put unnecessary pressure on a child, especially around exams – and to reiterate that they’re not the be-all-and-end-all and that they can only do the best they can.

Teenagers who are encouraged by parents to exercise have been shown to be happier with their bodies.

Given that exercise is one of the best ways to cope with mental health difficulties, it makes sense for parents to get children outside and playing in the garden or nearby parks in a healthy, non-obsessive way to grow up as healthy young people.

Be aware that excessive or compulsive exercise can be a sign of an eating disorder.

It has been found in research that mothers who talk about their shape or size are more likely to have daughters with lower self-worth and greater feelings of depression.

Having conversations on healthful eating are protective against disordered eating behaviours.

Daughters of mothers who report feeling a lack of control over their daughter’s activities are more likely to experience body dissatisfaction and engage in restrictive eating behaviours.

When mothers and daughters lack boundaries in their relationship, daughters are more likely to engage in restrictive eating behaviours.

50-80% of eating disorders in children risks are due to genetic effects.

I do hope that this article has been helpful.

As a mum myself it’s not easy, but to be aware and informed is the key to a happy child who is comfortable around food and, more importantly, themselves.

She is also creator of the first Certified Food Addiction Certification to support nutritionists, personal trainers, dieticians and clinicians to help their clients achieve long-lasting results.

Find out more on the Food Addiction Coach website. 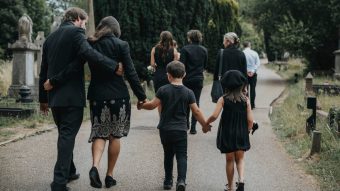 How I Cope With Grief And Loss

A first-person account on how you can help yourself, and others, cope with grief and loss. 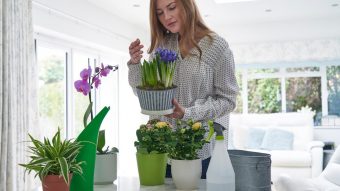 We’ve tracked down ten easy house plants even you (and the kids) can keep alive. 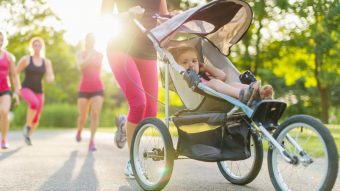 Mum And Baby Exercise Classes In London: 28 Of The Best

Finding time to work out with a baby is hard which is why we’ve put together a guide to the best mum and baby exercise classes in London – babies welcome!