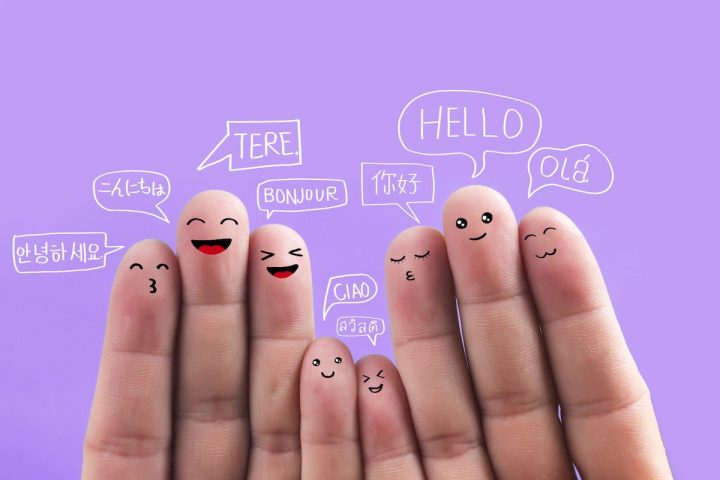 10 Ways To Have A Happy, Cohesive Bilingual Family

Families with dual language backgrounds are becoming more and more common in London and understandably each side wants their birth language to be part of their child’s life.

Many couples raising bilingual children feel the best idea is for one parent to speak one language to the child and one to speak the other, but being part of a bilingual couple myself I never felt wholly comfortable with this.

Bringing up a child with a dual language is a wonderful gift to impart on any little one, and while it’s something I consider to be an enormous positive rather than a negative, I do feel it can cause fractions in the family unit

Many partners, much like I did, feel isolated and left out when they can’t understand their partner’s conversations with their children.

That isolation and division within the family unit can lead to frustration and resentment towards a second language.

And when that happens, if you aren’t on the side of the minority language, it’s all too easy to bury those feelings and make it difficult to create a healthy and productive learning environment for your child.

Parenting means both parents presenting a united front to their children and this is made harder if one doesn’t understand the other.

It also gives the child opportunities (as they get older) to play one parent off against the other, pushing limits and boundaries as they develop.

Families are not a place for division and that’s why when asked how we raise bilingual children, I strongly recommend incorporating two languages into your child’s life.

Anyone can benefit from a second language. It’s never too late to start, and there’s even research that suggests new neural pathways formed when you learn a different language helps prevent the early onset of Alzheimer’s.

Not only do you have a free teacher (your other half) and hundreds of resources online, you also have a little person to practice with that will exercise zero judgement if you pronounce something wrong! 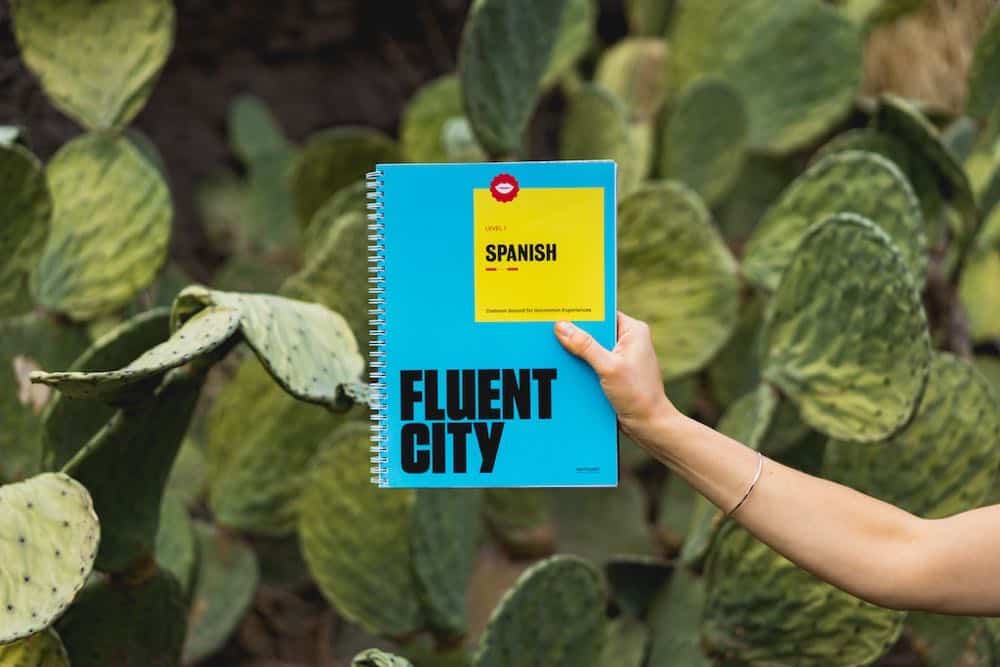 2. A Different Kind Of Date Night

This isn’t just about the little one. It’s about you as parents and your loving, connected partnership.

All marriages and long term partnerships need date nights to keep from forgetting one another as is so easy to do when you have children.

They are a massively important way to re-connect and remember why you started forming this bilingual family in the first place!

Have an evening for yourselves and your linguistic skills at least every other week, ideally once a week if you can manage it, where you only speak the second language with one another.

At the start it’ll be a little frustrating and most things will need to be translated but you will begin to understand more and more of what your partner is saying as time goes on.

Plus, if you’ve not got much to say after a long week of work and child care, trying to get your little bits of news out in another language will take you through most of the evening with a good few giggles.

3. Employ The ‘One Parent One Language’ Rule (Most Of The Time)

Encourage your partner to speak to your children in the minority language but to avoid anyone feeling left out, have them translate directly after into English afterwards to help you understand and learn.

Try to respond yourself or get involved in the conversation before your partner has the chance to translate for extra brownie points!

As your partner is speaking to a child they’re probably using simple sentences and command words so they should sink in quickly.

Find groups and activities that immerse you and your child into the other language.

A child learns to speak because of their fundamental need to communicate.

They usually use the simplest words possible and if your child is never in a situation where they need to communicate in the second language, it will be harder to get them to.

Second language groups and activities will not only be a space that forces them to speak in the second language they will also give your child an opportunity to make friends with other children who can interweave their languages.

The friends you make at these groups are more than likely in the same bilingual set up as you and can share their tips and tricks.

5. Look At The Broader Picture

Don’t teach your child a second language in a bubble, tell them about the myriad of other languages spoken all over the world to give them a wider understanding of how important and fascinating language is.

Book holidays to your/your partner’s mother country to immerse both yourself and your child into the culture and language they are learning to get them excited at the prospect of developing the amazing skill at speaking more than one language. 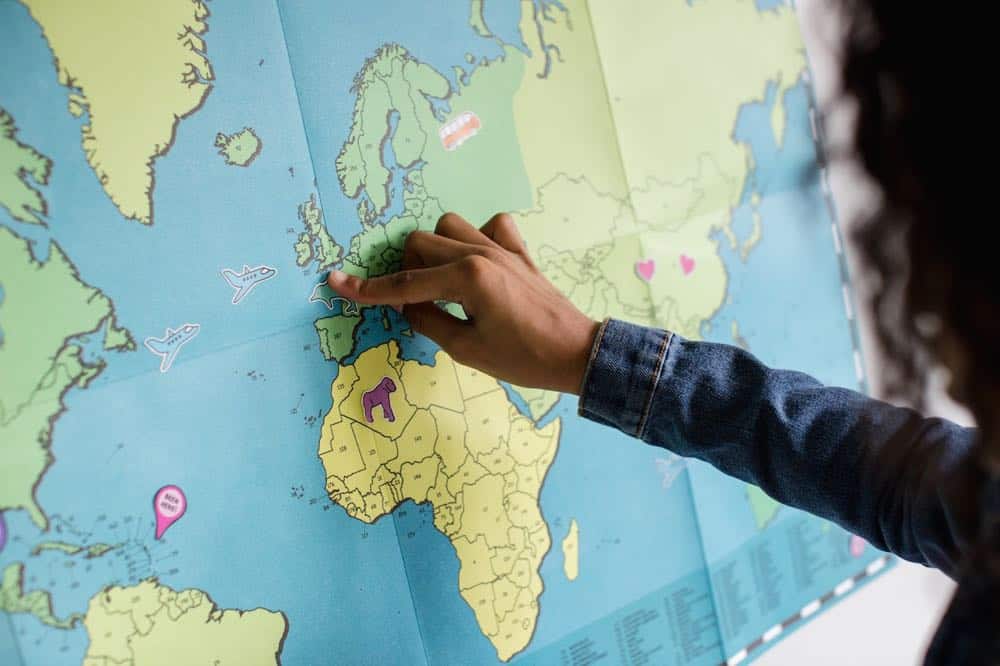 Music, radio, cartoons – all are great for language familiarisation both in the background and as easy passive activities.

Having the radio or music on in the second language just as a backdrop to your day is great for both you and your little ones to get used to the sounds and pronunciation of another language.

It’s easy to find cartoons from different countries on YouTube and you would be surprised how many languages Peppa Pig has been dubbed over into!

Children’s books and apps are always simplistic; making them the ideal learning tool for both you and your child.

Read simple books and do language based app challenges together. Children react wonderfully to a ‘challenge’ element and games, and apps in particular, usually offer this.

There are many bilingual books for children that offer a game and/or challenge element inter-woven into the stories. 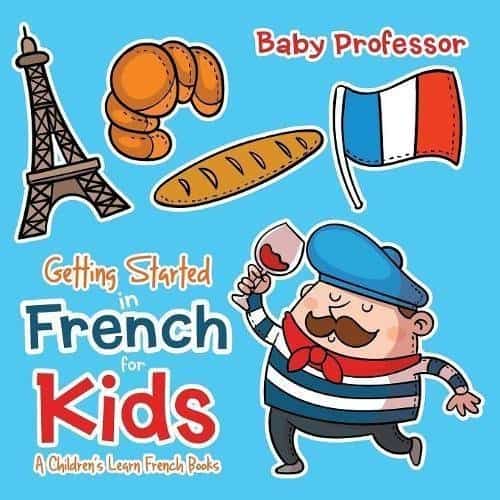 Research suggests that a child only needs 25-35% consistent language exposure to become bilingual. This isn’t a massive amount at all and should be easy to keep up.

Why not create a rota full of book time, cartoon time and conversation over two dinners?

Consistency is key and once you’ve formed a habit language acquisition will become will easier.

There will be times when your child or you, simply wants or needs to communicate effectively in the easiest way possible which may be in English.

In these instances, try not to force the use of the minority language. Language learning should be fun not frustrating and there will be times and days where you are simply not in the mood and much like you, your child will have times where they feel the same. T

his is ok. Simply take a rest and when it starts to feel like a natural time to reintroduce the routine, do so.

We tend to fear things that are foreign to us (language quite literally), potentially disrupting our ‘norms’.

There is no need to worry about your child suddenly choosing to only speak the minority language rendering you incapable of communicating with him or her forevermore.

Dual languages won’t harm your child’s development of speech; bilingual children’s language development is usually the same as their peers who only speak one language.

At times they may start speaking slightly later than their counterparts but that’s usually the only delay.

There is also no proof that language disorders in bilingual children and adults result from learning two languages.

Given that English is the dominant language in London (and most of the UK), children will hear it everywhere from TV to school and music, there is no need for fear, embrace the extra opportunities speaking more than one language will bring your child in future.

And let’s not forget your extra benefits you’ll have too as you take on a second language.

If you’re thinking of some of the best methods on how to support bilingual children, try the above and let us know how you get on. 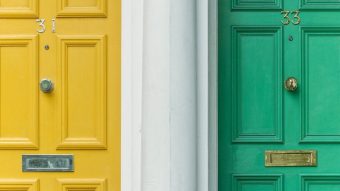 Problem With Your Neighbours And Your Kids: How To Fix Things

Problems between your kids and your neighbours can escalate quickly – here’s one (flat-dwelling) mums’s tips on how to keep things sweet in the street. 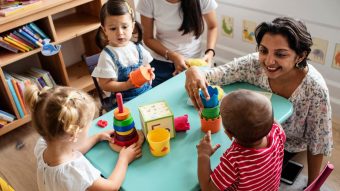 The Ultimate Guide To The Best Nurseries In London

Want to send your darling child to one of the best nurseries in London? With some waiting lists years (yes years!) long, get them registered ASAP! 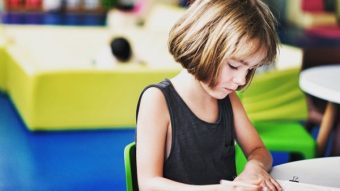 How To Apply For A Primary School Place In London

A simple, step by step guide to how to go about applying for a primary school place in London.